Is Cabinet divided on nuclear deal? 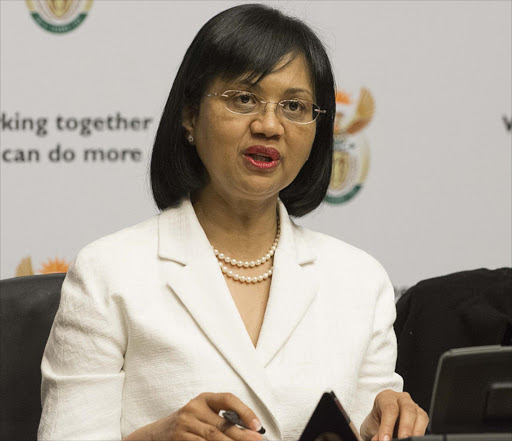 South Africa’s intended nuclear new build programme has been thrown into renewed turmoil‚ after a senior minister contradicted Energy Minister Tina Joemat-Pettersson on the commencement date for the call for proposals‚ intended to officially start the much-anticipated process.

Three weeks ago‚ Joemat-Pettersson told Parliament that the request for proposal on nuclear new build — the first official indication of what the government expects the scale and cost of the project to be — will be published this Friday‚ September 30.

But on Tuesday‚ while addressing the parliamentary press gallery on behalf of the economics cluster to which the energy department reports‚ Science and Technology Minister Naledi Pandor flickered a red light‚ saying that she believes the request for proposal on the deal — which industry experts believe could be worth between R700 billion and R1.6 trillion depending on scale and specifics — will not be announced by Friday because the relevant government policies were not in order.

Informed sources speculated that the latest obfuscation in the nuclear saga was due to pushback against the murky deal by certain sections of Cabinet.

For her part‚ Department of Energy spokesperson Thandiwe Maimane refused to confirm or deny whether Joemat-Pettersson’s plan was on track‚ being delayed‚ or in limbo.

“I will not be pushed into a corner by you. I don’t know. I will confirm it later — I don’t know when‚” said Maimane‚ despite being the person tasked by Pandor to provide clarity on the issue.

Democratic Alliance MP Gordon Mackay said it was clear from Pandor’s statement that confusion reigns in Cabinet regarding the commencement of the nuclear new build programme.

“While the statement by Minister Pandor should be cautiously welcomed — as the procurement of costly nuclear technology can not currently be justified — her comments raise a series of very important questions‚” said Mackay.

He asked why Joemat-Pettersson made the announcement if she did not intend to mislead parliament.

“Are Minister Pandor’s comments indicative of a cabinet at war with itself‚ with ministers revolting against President Jacob Zuma’s’s heavy-handedness on the procurement of nuclear? Is there a move by government to sideline the Department of Energy procurement process in order to allow Eskom to procure nuclear directly parliamentary oversight? If the RFP is not to be issued‚ why then the excessive ‘hard sell’ of the benefits of nuclear power undertaken in great earnest by Eskom In the past week?” asked Mackay.

He concluded that the time has come for Joemat-Pettersson to come clean or get out of a portfolio she is clearly not equipped for.