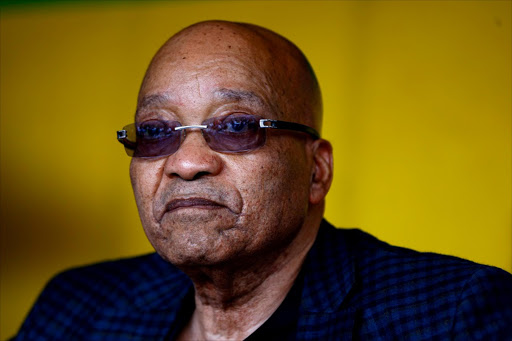 President Jacob Zuma has dodged a parliamentary question on whether he has visited the controversial Gupta family’s mansion in Saxonwold‚ Johannesburg.

Zuma’s answer was given in response to a question by DA MP James Lorimer.

Lorimer asked Zuma whether he visited the Gupta family compound in Saxonwold in Johannesburg on Sunday‚ 20 September 2015.

If he did‚ Lorimer wanted to know why he made the visit and what was the nature of the discussions while he was there.

Lorimer furthermore asked whether the discussion included the subsequent cabinet reshuffle that happened in the Ministry of Mineral Resources portfolio (the appointment of Gupta-aligned minister Mosebenzi Zwane) and whether he was aware of any cabinet member visiting the Guptas on 20 September 2015.

In answering‚ Zuma used Public Protector Thuli Madonsela’s investigation into state capture as a reason not to answer the question.

Lorimer expressed frustration with Zuma’s answer on Wednesday‚ although he said the answer revealed even more than it concealed.

“We had received information that such a meeting had indeed taken place‚ and that is why we probed the issue‚” said Lorimer.

“This non-reply by the president shows that there is something untoward‚ and it will only add fuel to the fire that the president’s relationship with the Gupta family is right at the heart of state capture‚” said Lorimer.

Zwane for falsely claiming that cabinet had ordered a probe into the banking sector.

“The statement issued by the Minister of Mineral Resources‚ Mr Mosebenzi Zwane on 1 September 2016‚ on the work of the task team established to consider the implications of the decisions of certain banks and audit firms to close down the accounts and withdraw audit services from the company named Oakbay Investments‚ was issued in his personal capacity and not on behalf of the task team or Cabinet‚” answered Zuma.

“I reassured the public‚ the banking sector as well as domestic and international investors of Government’s unwavering commitment to the letter and spirit of the country’s Constitution as well as in the sound fiscal and economic fundamentals that underpin our economy.

“I also informed parliament on 13 September that I was engaging Minister Zwane regarding his statement‚” said Zuma‚ thereby not revealing when the long-awaited engagement will happen or what it would entail.

Furthermore‚ former DA leader in the National Council of Provinces Elza van Lingen asked Zuma whether he was informed of claims by‚ among others‚ former ANC parliamentary caucus chair Vytjie Mentor that the Gupta family had offered cabinet positions during his tenure as president.

Van Lingen wanted to know whether deputy minister of finance Mcebisi Jonas was speaking the truth about such a job offer having been made‚ and whether Zuma would therefore resign as president.

“The appointment of members of the cabinet both ministers and deputy ministers remains my sole prerogative as president‚ answered Zuma.

“I learnt about the statement attributed to the deputy finance Minister about the job offer in the media‚” he concluded‚ not letting on whether he had ever asked Jonas about the alleged meeting.

Zuma declined to answer whether he was considering firing trade and industry minister Rob Davies‚ a question put to him by DA MP Dean Macpherson‚ but did state that he believed the department was functioning well under Davies.

The president also denied that he had missed and important part of the Davos economic summit.

In reply to a question from DA MP Willem Faber he said his office had informed the organisers a week in advance that he would not attend the CNBC Panel on Africa.

Freedom Front Plus MP Anton Alberts asked Zuma about his takeover of the task team on state owned entities‚ but that seems not to have happened yet.

“At this stage no finality has been reached and there are no terms of reference or any other governance structure for the Council that has been finalised. The Inter-Ministerial Committee chaired by Deputy President Ramaphosa remains responsible for overseeing the stabilisation and reform of state-owned entities‚” said Zuma.

Cope MP Deidre Carter asked the president whether he has received representations from the Progressive Professionals Forum not to sign the Financial Intelligence Centre Amendment Bill‚ commonly known as the FICA Bill.

“I received an objection to the signing of the bill from the Progressive Professionals Forum. When I get petitioned not to sign a bill‚ I have to consider the merits of such objection focusing mainly on whether the interested parties raise valid constitutional issues.

“It is not the first time that I have taken time to consider a bill for similar reasons. Currently‚ I have not signed the Expropriation Bill‚ the Private Security Industry Regulation Amendment Bill and the Protection of State Information Bill‚ because various parties petitioned me not to do so‚ citing concerns about their constitutionality. All these concerns are being looked into‚” said Zuma.