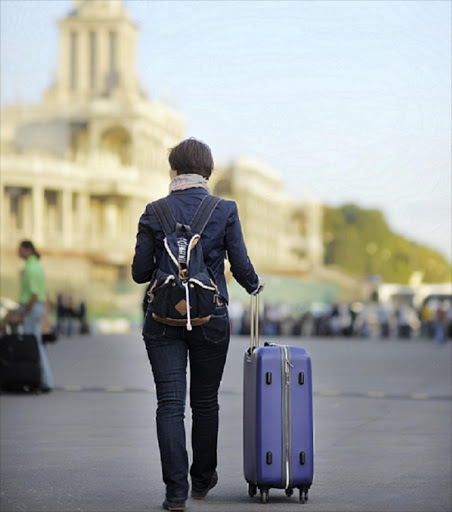 Luxury Travel Reviewer - $50 000 Probably one of the best jobs ever, one gets to travel all around the world reviewing places. DailyMail reported in 2014 that a luxury travel company was looking for a review to tour the best resorts in the world for a year on a trip worth $1million. Picture Credit: iStock

Relations between South Africa and China are bringing thousands of tourists in the country‚ raising the need for removing language barriers between the two.

Most Chinese people speak Mandarin and the country is the second biggest economy in the world. After South Africa joined the Brics community‚ relations between the two countries have been growing‚ in particular under President Jacob Zuma’s administration.

Industry commentators tagged the announcement as the largest single foreign investment in manufacturing in 40 years.

But it is not just the trade that ties South Africa and this Asian nation. Total trade between South Africa and China experienced an upward trajectory since 2009‚ growing from R118 billion to R271 billion by the end of 2013. In the month of July‚ South Africa imported over R16 billion worth of goods‚ R7.7 billion of that to China.

While there is a trade imbalance between China and South Africa‚ both countries have implemented various mechanisms to address these discrepancies‚ according to the Presidency.

In this trade-intense relationship South African tourism is benefiting immensely from the relations with China. Almost every flight between Johannesburg‚ Cape Town and Durban has group of Chinese tourists on board.

Recent tourists statistics showed for the month of July 2016 there was a 47.7% year-on-year increase of people coming from Asia.

Vishan Gounder managing director of Vilamora Tours and Transfers said‚ “They are mostly here for leisure and holidays. They love to go to Sun City‚ Gold Reef City‚ Pilanesberg‚ Apartheid Museum. The mostly want to know more about our country and [go on] safari‚” Gounder said.

He told TMG Digital that there was a short slump in the number of Chinese tourists visiting South Africa during the Ebola scare‚ but visits from the Asian country have picked up substantially recently.

“They are coming here to enjoy our wildlife and all the wonderful places‚” Gounder said.

Barry Hurter CEO of ERM Tours said there was a pool of Mandarin speaking tour guides which were being used by the industry.

“We obviously try to utilise them where possible but I am not sure whether there is a sufficient number of them to meet the demand. These are all Chinese speaking people living in South Africa now. If the market increases we will obviously face a problem on accessing qualified Mandarin speaking guides‚” said Hurter.

He added that Chinese tourists were mostly exposed to two destinations – Cape Town and Sun City in the North West.

To further boost tourism from Brics member countries‚ Tourism Minister Derek Hanekom will on Wednesday launch a foreign language training programme in Mandarin and Russia for tourist guides and frontline staff‚ 30 of whom from various provinces have been selected to participate in the three-month training programme.

The curriculum will focus on language tutoring‚ reading and writing skills‚ and a course on the culture of both countries. — TMG Digital