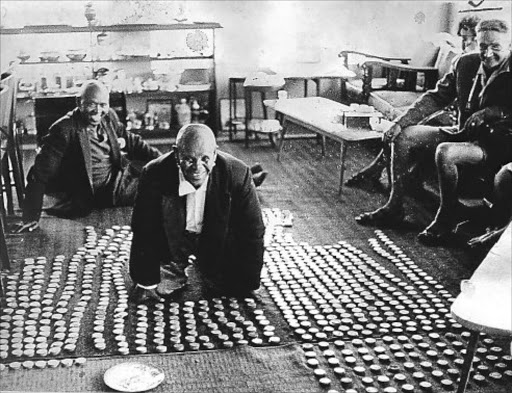 Khotso Sethuntsa, a wealthy inyanga from Lusikisiki, had HF Verwoed and JG Strijdom as clients.

To mark the 50th anniversary of Hendrik Frensch Verwoerd's death, last week I wrote a newspaper piece in which I mentioned in passing that when this architect of apartheid was not in church, he would consult a black inyanga.

Both my Twitter and Facebook accounts have been deluged by requests for more on Khotso Sethuntsa, the inyanga behind Verwoerd's power. Some thought I'd mentioned the inyanga in jest.

I was not joking when I pointed out that both Verwoerd and another erstwhile prime minister of South Africa, JG Strijdom, consulted this multimillionaire inyanga in the build-up to the National Party's victory in 1948.

When I was growing up, the story of Khotso and his relationship with Afrikaner politicians - and how he'd used his magic to prop them up - was spoken of openly in black South Africa.

But in white South Africa it was only in recent times - especially with the 2007 publication of the well-researched and academically astute book The Extraordinary Khotso: Millionaire Medicine Man from Lusikisiki by Felicity Wood and Michael Lewis - that the dark side of Verwoerd came to light.

Sethuntsa, who preferred to be called by his first name was, by all accounts, a colourful character. He had 23 wives and bragged to all and sundry that he could satisfy them in bed because he used a magical potion called ibangalala.

People flocked to his headquarters in their hundreds to seek ibangalala; but some went so he could help them engage in ukuthwala. For the uninitiated, ukuthwala is a dark ritual where a person would go to the inyanga to obtain a potion of muthi to make him rich and powerful. Sadly, this specific ritual mostly entails the sacrifice of a human being - usually a relative of the client.

Khotso himself was extremely wealthy, a living advertisement of his muthi; it was easy to believe that he could make others rich.

According to the book by Wood and Lewis, Khotso delighted in the purchase, every year, of a new Cadillac at the Kokstad Agricultural Show. Khotso would arrive at the show with his coterie of bodyguards. They carried suitcases stuffed with banknotes. When they paid for the car, counting the banknotes would begin in earnest. Khotso did not trust banks. That's why he kept his money at home, and had to carry it in suitcases when making a big purchase.

Though it exasperated the white people who worked for the car dealership, they couldn't do anything about it. This was, after all, Khotso - a connected black man who was also a reliable customer of long-standing.

The relationship between the inyanga and the racist demagogue is fascinating if you consider the face that Verwoerd did not think highly of black people. He thought they were socially inferior and incapable of reaching certain levels of intellectual maturity.

In his justification of Bantu Education, he once said, "There is no place for [the Bantu] in the European community above the level of certain forms of labour. What is the use of teaching the Bantu child mathematics when it cannot use it in practice? That is quite absurd. Education must train people in accordance with their opportunities in life, according to the sphere in which they live."

But how Verwoerd died is fascinating. On April 9 1960 Verwoerd had gone to Milner Park, Johannesburg, to mark the jubilee of the Union of South Africa.

Just after he had delivered his opening address, David Pratt, a rich English businessman and farmer, pumped two bullets into the prime minister. One bullet penetrated his right cheek, and the second went through his ear.

Then on September 6 1966, Verwoerd, secure in parliamentary chambers, was knifed to death by Dimitri Tsafendas. Tsafendas, who worked as a messenger, had fooled managers into believing he was white, when in fact he was the product of a union between a Greek man and an African woman.

If you found the relationship between Khotso and Verwoerd bizarre, you have to read the erudite Charles van Onselen's The Seed is Mine.

In this book he writes about Kas Maine, a black farmer who also dabbled as an inyanga. "His reputation as a herbalist was slowly percolating through the district, and . he now found a few bashful Afrikaner males appearing amongst his more regular clients. His introduction to this less privileged and educated element of Boer society came via the white man whom he knew to have the greatest possible respect for the mysteries of black culture, Hendrik Swanepoel."

As the ancient Romans used to say in admiration: ex Africa semper aliquid novi - from Africa always something new.