DA to oppose Mkhwebane as the next public protector? 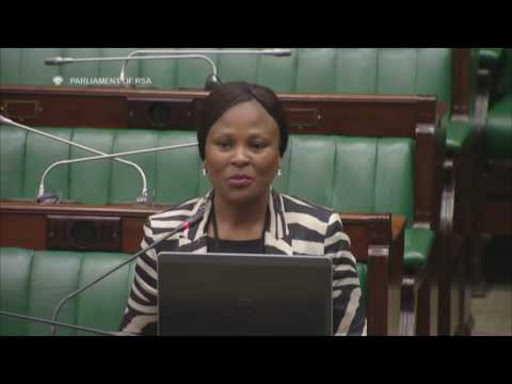 The Democratic Alliance (DA) will on Tuesday present its stance on Busisiwe Mkhwebane’s candidacy as the next public protector — a day ahead of it being debated in the National Assembly.

Werner Horn — the party’s shadow deputy minister of justice and correctional services – previously said the DA was “ambivalent” towards Mkhwebane as it had not been satisfied with the way in which she had responded to questions about why she had left the Department of Home Affairs to join State Security.

He said this was a concern in “the current climate” in which South Africans worried about “Big Brother tendencies“‚ after a parliamentary committee adopted a report recommending her to replace outgoing Thuli Madonsela a week ago.

Horn said on Tuesday that the “DA values the role of the public protector as one of the most critical in ensuring that the South African government functions efficiently and corruption-free”.

“It is therefore of utmost importance that this candidate be of the highest calibre and beyond reproach to ensure that the people of South Africa are sufficiently served‚” he added.

The Economic Freedom Fighters leader‚ Julius Malema‚ had a week ago also expressed misgivings about Mkhwebane because of her proximity to President Jacob Zuma‚ but said he would back her.

“If she tries any shenanigans the institution [Office of the Public Protector] will expose her for who she is‚” Malema said. – TMG Digital