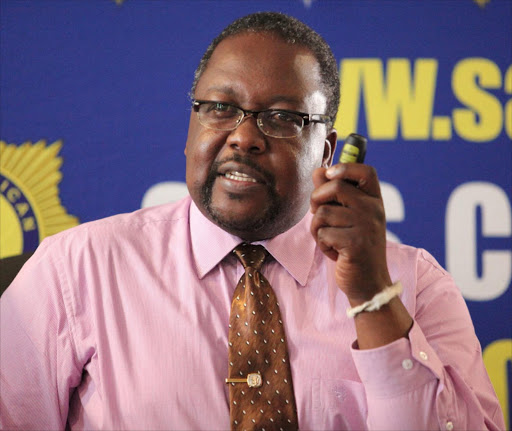 The crime statistics for 2015/2016 have provided South Africans with a reason to reflect on the country’s social behavioural patterns.

This is according to Minister of Police‚ Nathi Nhleko‚ who presented a report on understating the sociology of crime in South Africa in Parliament on Friday.

The analysis presented by the minister indicated a decline in most categories of crime‚ with the exception of contact crimes which includes murder‚ sexual offences‚ assault with intent to inflict grievous bodily harm and robbery‚ among others.

“This suggests that in instances where the category of crime can be policed‚ there is a decline while there is an increase in areas that involve social behavioural patterns that are difficult to monitor and police‚” Nhleko said.

The Western Cape recorded the lowest increase in the incidents of murder among the nine provinces‚ but still ranked the fourth highest contributor to the total number of murders reported in the country.

Key “murder hotspots” identified by Nhleko included Nyanga‚ Gugulethu‚ Khayelitsha‚ and Delft in the Western Cape‚ Inanda and Umlazi in KwaZulu-Natal and newcomer Bethelsdorp in the Eastern Cape.

In addition‚ Nhleko said that according to the analysis conducted by the provinces‚ there were 190 murders associated with taxi-related violence.

“A total of 60.9% of the known offenders had been unemployed when the crimes were committed and 31.3% were employed.

“Among the remaining offenders‚ 7.4%were students or pupils and 0.4% were pensioners‚” the minister said.

He added that according to the murder study‚ the most prominent murder weapons were knives with 36.3% while firearms accounted for 32.1%.

Sexual offences continued to decrease by 3.2% in 2015/2016 but at a slower rate than during previous financial years.

“Sexual offence mainly occurred indoors‚ which made it difficult to combat by means of conventional policing methods‚” the minister added.

“In Mpumalanga it was found that the abuse of alcohol played a role in 73.0% of attempted murder cases between April and December 2015 of incidents identified as having occurred at bars‚ pubs and shebeens.

“In Gauteng 7.5% of cases were linked to the consumption of alcohol.

“Analysis conducted in KwaZulu-Natal found that in 25.0% of rape cases the use of alcohol by the offender was mentioned‚” Nhleko said.

House robberies increased by 2.7% nationally‚ while the Western Cape recorded a 19.3% rise in this crime.

Robberies at non-residential premises rose by 2.8% compared to the 2014/15 statistics‚ while car hijackings increased by 14.3%.