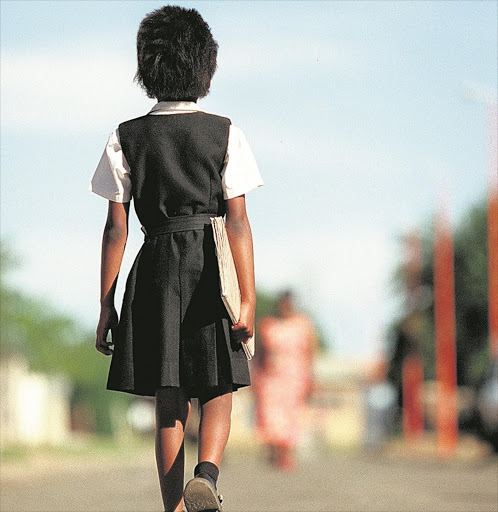 Parktown High School for Girls in Gauteng set the bar for schools across the country after it amended its code of conduct to accommodate natural hair styles‚ following allegations of racist practices at Pretoria Girls High School.

Learners at Parktown who were unhappy with the hair code at the school were met by its deputy head and the necessary changes were made.

According to the school’s headmistress‚ Dr Anthea Cereseto‚ the school did not want the learners “to have to petition for hairstyles that make them comfortable.”

“The code would still have to be ratified by the school governing body‚” she said.

“It was not a big issue to make changes. There are far more important matters that I believe the focus on hair issues is masking.”

Cereseto went on to say that the representative council of learners (RCL)‚ an elected body‚ is responsible for upholding the code of conduct.

“At the annual RCL leadership camp the learners examine the code and discuss any amendments.

“The code was amended at last year’s camp to limit the width of braids and added that an afro should be flattened and hair bands used to keep it neat.

“Learners of all races were involved‚” Cereseto said.

The headmaster of Westerford High School in Cape Town‚ Rob le Roux‚ said it too had been engaging with the pupils‚ the staff and the school governing body since the beginning of 2016 to look at the general uniform policy and regulations‚ and see where improvements can be made.

“It is therefore very interesting to follow the recent debate and see how we can adjust our policy accordingly.

“It is clearly a sensitive matter which must be thoroughly researched before any rash decisions are made.

“The views of our pupil body and our broader parent community are taken very seriously‚” Le Roux said.

Similarly‚ the deputy principal at Collegiate Girls’ High School in Port Elizabeth‚ Derryk Jordan‚ said that in June last year the school’s senior management team met with a group of black pupils to hear their concerns and allow them to make suggestions about the hair policy.

“They made various suggestions as to what they thought was acceptable in terms of hairstyles and what was not acceptable. These suggestions were incorporated into the school’s policy on hair and have been in effect since then‚” Jordan said.

Parktown Girls has also enrolled its employees in diversity workshops to familiarise them with issues pertaining to racism.

“The need to involve staff in anti-racism education was identified in October last year as a result of the university protests‚” Cereseto said.

“The concepts of ‘white privilege’‚ ‘white supremacy’‚ and ‘institutional/structural racism’ were being used and all staff needed an understanding of these issues and an opportunity to explore them.

“In December last year‚ we agreed that learners needed a platform to air their views and difficulties. Once staff have completed their workshops the facilitators will conduct training of learner facilitators who will run the platforms for learners.”

TMG Digital reported on Wednesday that the National Association of School Governing Bodies (NASGB) had called on the Department of Basic Education and parents to scrutinise schools’ policies.

Pretoria High School for Girls pupils held a protest at the school on Monday over the hair policy at the school.

The school reportedly instructed black pupils to straighten their hair‚ and the girls also alleged that the school had barred them from speaking in vernacular.

Matakanye Matakanya‚ the general secretary of the NASGB‚ said the association did not expect this kind of practice to take place at schools in a democratic South Africa.

“We condemn this kind of behaviour. The school may be run by people who have not broken up with the past‚” Matakanya said.

“We call on the department of education to scrutinise the policies of these schools. This incident did not happen in Pretoria only‚ but in Port Elizabeth and Bloemfontein‚” Matakanya added. — TMG Digital