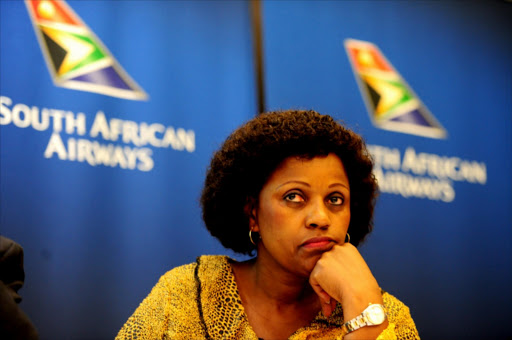 South African Airways (SAA) taking out an advert in Sunday newspapers calling “for tenders to provide R16-billion in loan funds… indicates the desperate financial position that the SAA board‚ under the leadership of Dudu Myeni‚ finds itself” in.

It also‚ Democratic Alliance finance spokesperson Alf Lees said‚ “reinforces the urgent need for Parliament to intervene and to have an emergency meeting with SAA”.

Lees said he had written to Standing Committee on Finance chairperson Yunus Carrim “to reconsider my original request for an emergency meeting with SAA on Wednesday this week”.

He had on Friday called for the next meeting with SAA to be brought forward in an effort to stave off the “increasingly certain” liquidation of the embattled airline – the next meeting is scheduled for September 20.

The need for the meeting to be moved up was also required as Hong Kong’s tax authorities last week threatened to ground SAA planes if the airline did not provide financial statements by September 6.

Lees said on Friday that SAA’s “liquidation is increasingly become a certainty” following reports of the “shock resignation of Yakhe Kwinana‚ the head of the audit and risk committee”.

BDlive had reported on Friday that Kwinana feared the damage to her reputation as the possibility of the liquidation or business rescue of SAA came into sharp focus at the end of July.

On Monday‚ Lees said that SAA “has had more than a year to restructure its loan funding but has instead arrogantly presumed that the state would capitulate and provide the additional guarantees of R5-billion that Myeni had demanded first of then (finance minister Nhlanhla) Nene and then of (Pravin) Gordhan”.

“The botched attempt to restructure funding through BnP Capital with its outrageous fee of R49.9-million seems to have been the only other attempt to find alternative funding.”

Lees also raised SAA’s reported inability to repay a R250-million due to Standard Bank‚ describing it as “clearly just the tip of the iceberg‚ as much of the balance of the loans taken against the R15-billion state guarantees are also likely to be reaching maturity and will require repayment in the normal course of business”.

“Kwinana‚ who resigned from the board last week‚ was clearly not exaggerating the very real danger of SAA being liquidated‚” Lees added.

“I remain of the view that SAA must be placed under business rescue…This will obviate the need for the national airline to be bailed out yet again by the South African taxpayer and will put the airline into the competent hands of business rescue practitioners and take it out of the hands of President (Jacob) Zuma’s close friend‚ Myeni and her apparently delinquent board.” – TMG Digital