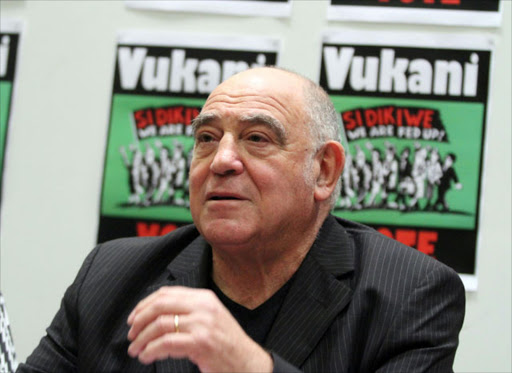 The defamation suit brought by former intelligence minister Ronnie Kasrils against deputy defence minister Kebby Maphatsoe was stood down until Tuesday morning after the Umkhonto we Sizwe Military Veterans Association (MKMVA) were joined as defendants in the action.

Kasrils is suing Maphatsoe‚ who is also chairman of the MKMVA‚ for a statement he made two years ago that Kasrils gave instructions to the young woman‚ known as “Khwezi”‚ who claimed that President Jacob Zuma raped her in 2005.

Both Kasrils and Maphatsoe were present in court.

After the case had been postponed‚ Kasrils said he went to court as he had been maligned maliciously‚ with Maphatsoe calling him the enemy of the people and of working for imperialist agencies.

“This is absolutely defamatory. I have a reputation to protect‚” he said.

“We need to put a stop to these people who‚ at the drop of a hat‚ point a finger at those who criticise government and call them agents.”

Kasrils said he was very confident in his case and his team.

He said if he won the case‚ he would donate the money to a worthy cause.

When asked if he was not sad to face a former comrade in court‚ Kasrils said it was the arrogance of people such as Maphatsoe‚ calling people spies‚ that prompted his lawsuit.

“This comes from a party of liberation. The reason I left is because of people acting this way. We need to teach these people a lesson. They have become arrogant and self-serving.”

Kasrils also denied the allegation made by Maphatsoe that he instructed the woman who laid the rape charge against Zuma.

Kasrils described how he knew Zuma’s rape accuser from Maputo in Mozambique when she was seven years old.

“Jacob Zuma and I knew Khwezi very well. Khwezi was this lovely seven-year-old who is a niece of ours.”

Kasrils said Khwezi was brought into his office in February 2005 by a woman working in intelligence. Khwezi indicated she would want to meet him again.

Kasrils recalled Khwezi calling her in November 2005. “She said: ‘Uncle Ronnie‚ Jacob Zuma has raped me’.”

Kasrils said she was on her way to lay a charge at the police station‚ and that he never had any part in manipulating the case. — TMG Digital