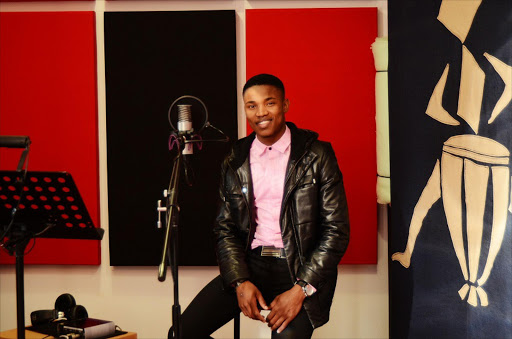 Thami Shobede has been given another shot at fame.

Last year he missed out of the coveted Top 10 spot in Idols SA, the Mzansi Magic singing reality contest, and this week he earned the coveted golden ticket for him to progress to the next round of the competition.

Shobede's unforgettable warm tone has earned him followers even outside of the television show.

In fact, this is something he hopes to capitalise on and grow in the near future. On Sunday, he will be hosting a show at the Joburg Theatre where he will sing his original compositions and some covers.

He has invited friends he made in Idols such as last year's winner Karabo Mogane and runner-up Mmatema Moremi.

"I was born in the rural areas of Mtubatuba away from a lot of things, but I was filled with ability to sing and the possibilities seemed many," said Shobede.

"I sang and touched hearts at church and school. I was always involved in stage work, [like] sketches, but all of that instead of being an extramural activity became my future. Today, now that I am a recording artist, it has become a reality too."

"I have always loved gospel and so you find elements of it in my music. I also heard a lot of maskandi-inspired Afro-pop and Afro-soul, which I think make a unique sound that people will love to hear live at my first-ever live show at Jo'burg Theatre," he says.

Last night, Shobede performed at Winnie's in Woodmead and Sunday's show will be his first ever at a theatre as a main act.

He says he never stopped writing music after Idols and will bring it to life. He has a few more performances lined up.

"I'm set on blazing a trail that will leave people wondering why else they would not support me in my music. I was chuffed that for the first time this year a contestant trended on Twitter when I appeared on Sunday.

"I think people are drawn towards my soulful, emotional yet fun personality so much that they will be blown away by my music."

Now Shobede dreams about making a success of his career and selling like Nathi Mankanyi with his hit album Nomvula.

"My energy is now different from the shy Thami that people knew through Idols. This is a new man and the energy flows from every angle of his stage. You will be amazed when you meet the new me, and get a sneak peek of who Thami will be in future."