Always check your own credit rating 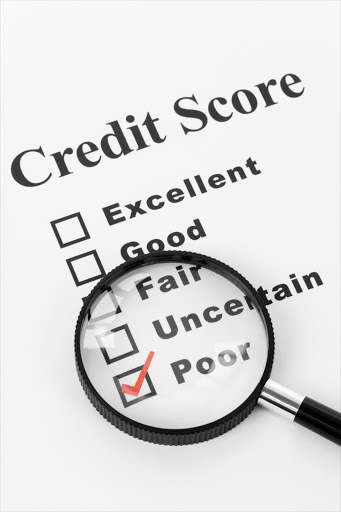 The 54-year-old businessman of Mohlabaneng village in Bolobedu, Limpopo, has been battling to clear his name after he found that MTN had blacklisted him because they claimed he owed them R1277, despite the fact that he paid them R13000 in advance.

The father of three said he had secured a contract to help the ANC campaign for the August 3 local government elections and needed to buy 60 cars for the job.

He said he was shocked when his finance applications were declined on the grounds that he owed MTN.

"To the eyes of the banks I can't afford a car if I am unable to pay so little a debt," he said.

Sefofa could not start campaigning as scheduled.

"I love the party of Nelson Mandela very much and want to see it win, but MTN is standing in my way," he said.

But his worries are now over.

MTN cleared his credit record within two hours after Consumer Line stepped in.

Bonginkosi Hadebe of MTN, has now updated his credit status and apologised for the inconvenience caused to Sefofa.

Shavani Naidoo, a consumer marketing manager at TransUnion, said many consumers are not aware that the information in their credit report is inaccurate until it is too late.

She said in most cases consumers get to know this when they are either refused credit for which they have applied or when the credit provider offers them credit on less favourable terms than they would otherwise have received.

According to the latest available Credit Bureau Monitor, just less than 0.4% of the more than 23-million credit active consumers obtained a free copy of their credit reports in the three months reviewed by the monitor, Naidoo said.

This is despite the fact that every consumer is entitled to one free copy of their credit report from credit bureaus like TransUnion every 12 months, she said.

Naidoo said a credit report summarises a consumer's financial behaviour, such as regularly paying and paying the full instalment on time. "If inaccurate information is recorded this could paint a picture of your financial health that is not true."

"Mistakes can be made. In fact, of credit reports issued to consumers during Q4 2015, over 17% were challenged for inaccuracies. Of these, nearly two-thirds were resolved in favour of the consumer," she said.

She said consumers who regularly check their credit report are in a better position to make sure it accurately reflects their credit history and behaviour.

How to lodge a dispute:

Call the TransUnion call centre on 0861-886-466 to lodge your dispute; or you can log your dispute online at www.mytransunnion.co.za;

You must log your dispute within three months of issue of the credit report you are querying;

Complete the challenge form, and submit it;

A call centre agent will contact you within 48 hours and give you a reference number;

Submit all your supporting documentation, including proof of ID and address;

TransUnion will investigate your complaint. This will be completed within 20 working days; and

If any changes have occurred on your credit report, TransUnion will send you an updated report.