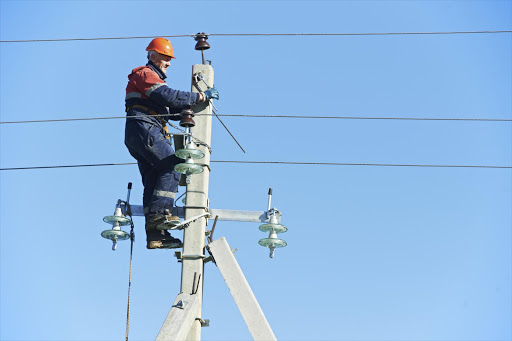 No lights‚ cold showers‚ spoilt food and constant “lies” have angered residents of north-western suburbs of Johannesburg‚ who have been left without power for almost four days‚ partly due to cable theft.

Northwold‚ Sonneglans and Strydom Park ratepayers have had to struggle to find alternative ways to get hot water‚ keeping their food refrigerated and also trying to feed their stomachs — and all that comes at an expense — according to a resident from Northwold.

City Power was on Thursday also receiving complaints of power outages in Wilropark‚ which the entity said was due to “a tripped distributor”‚ and cable theft in Greenside. Eight other suburbs including Doornfontein‚ Troyville‚ Jeppestown and Yeoville were scheduled to be without electricity overnight for “planned maintenance”.

Speaking to TMG Digital‚ a Northwold resident who asked not to be named accused City Power of constantly feeding them “lies“.

“In essence we have been without power from Monday and the power came back yesterday [Wednesday] around 8pm and then it went off again around 10pm. [Then] this morning‚ certain parts of Northwold had power while other parts were still complaining of having no power‚” said the resident.

According to another concerned resident from Northwold‚ the power outage has left the community frustrated as they have exhausted all avenues to seek assistance from the city‚ through phone calls and social media platforms.

“I feel like it’s absolutely ridiculous. I had to come to work for two days without showering and City Power constantly says that it is cable theft‚ cable theft and there hasn’t been a permanent solution to this problem… surely in 2016 there should be a way of curbing this situation.”

She added that it has become very difficult because the constant theft of cables has also left them with electric fences‚ installed for safety because of crime‚ hardly work and the area is left in darkness for nights on end.

“An elderly couple was held up and assaulted in one of the complexes on my road because of the darkness. Our security automated gates are not working and I feel this has been an absolutely ridiculous situation‚” said the concerned resident.

In a statement yesterday‚ City Power said “technicians are currently busy working on restoration. The expected restoration time for this outage is 15h30 today [yesterday].”

The electricity utility added: “City Power is installing pole to ground sleeves and aerial conductor cables (ABC) across the city of Johannesburg to prevent cables being cut by cable thieves. Another reason is that ABC cable is made of aluminium and it is of no value to cable thieves“.

Multiple efforts to get hold of City Power’s spokesperson Yumna Sheik on Thursday were unsuccessful.

On Wednesday night‚ Sheik said they were experiencing a combination of a technical problem and cable theft.

“Initially we had a technical fault on a cable in Northwold and then this morning (Wednesday)‚ about 2am‚ we had a major cable stolen and that caused the outage‚” he said.