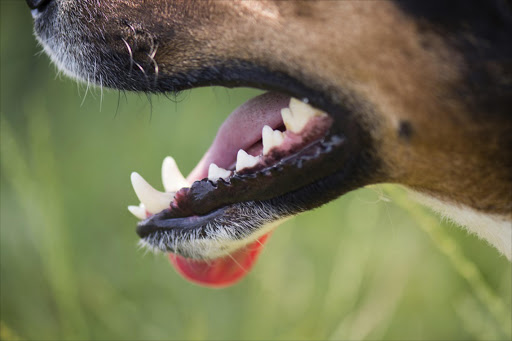 Three years in prison or a fine of R100 000 is the maximum punishment an adult can be given for cruelty to animals.

But in the case of children‚ such as those who filmed themselves brutally killing a dog in Cape Town‚ the punishment is likely be far more lenient and at the discretion of the courts.

The SPCA’s Belinda Abraham said that all her years at the organisation‚ few incidents of animal abuse had made her “knees tremble” like the dog killing filmed by the children.

The offenders‚ who filmed themselves brutally killing the dog‚ were as young as seven-years-old. “You are going to die‚ to die‚” they yelled.

“Firstly the act of inciting or provoking a dog to attack another animal is a crime — along with the act of watching such a crime which makes witnesses complicit in the crime.

“Secondly the obvious killing of an animal in such a barbaric manner is in direct violation of the Animals Protection Act 71 of 1962‚” she said.

Abraham said that the SPCA has dealt with countless cases of animal abuse and the maximum punishment for an individual over the age of 18 is a fine of up to R100 000 or a maximum of three years imprisonment.

Speaking to TMG Digital on Thursday‚ she said it was difficult to say what the likely punishment for the children involved in the killing would be.

“It’s going to be for the courts to decide‚ and it would be presumptuous of me to say what could be handed down. But I think what really is important here is that the public are made aware to teach their children compassion for animals‚” she said.

“The education of children should begin at home and is ultimately the responsibility of the parents.

“Children might pull the cat’s tail out of curiosity or mischief for example and these can be teachable moments for us to build empathy by pointing out that an animal has feelings.

“However‚ when a child shows intentional cruelty towards an animal that is severe and without remorse such as in this case then this should be taken very seriously.

A study published by the Southern African Legal Information Institute examines the linkage between animal cruelty and criminal behaviour‚ illustrating that dealing appropriately with animal cruelty offences is a necessary part of addressing problem human behaviour.

The study‚ written by Regan Jules-Macquet‚ among other things‚ highlighted the importance of South African criminal justice stakeholders becoming increasingly aware of the significance of animal abuse and its implications for criminal behaviour and crime prevention initiatives.

“In the event that a case of animal abuse or mistreatment occurs‚ it is suggested that the accused be referred for a psychosocial assessment by either the Department of Social Development‚ or by a civil society service provider‚ such as the National Institute for Crime Prevention and the Reintegration of Offenders (NICRO).

“This is to ensure that any underlying social functioning and psychosocial issues are correctly identified and taken into consideration when developing the diversion order or sentence. Family assessments will be required in the event that child abuse or domestic violence is suspected‚” the report reads.

The Cape of Good Hope SPCA – which has opened a case against the children at the Manenberg police station – commended a whistle-blower for exposing the incident. — TMG Digital