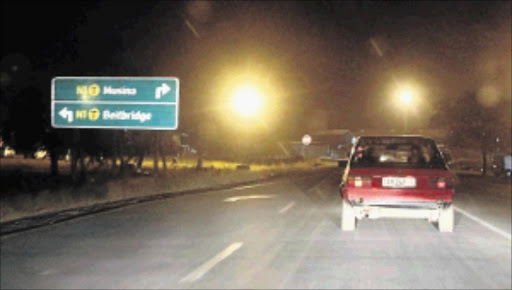 IN DEMAND: All roads from Zimbabwe lead to Musina, near the Beitbridge border postPHOTOs: ANTONIO MUCHAVE

Business was slow in Musina‚ Limpopo‚ on Wednesday as the shutdown of cross-border business activities continued at the Beitbridge border post.

There was a strong presence of police‚ traffic and army personnel on roads in the town situated on the border with Zimbabwe.

The majority of shops belonging to Chinese‚ Indian and Ethiopian businesspeople had closed for business to heed the call by the International Cross-Border Traders Association ICTA) to stop selling. The association is protesting against the Zimbabwean government’s decision to pass a law restricting importation of goods from South Africa and other countries.

ICTA president Denis Juru said on Wednesday that the association had advised all transporters to cancel their trips to and from Zimbabwe. The Musina Taxi Association was also monitoring the movement of all public transport vehicles between Musina and Beitbridge.

“This was a resolution from an emergency international executive meeting held on Monday. It is part of our process to force the government of Zimbabwe to abolish its statutory instrument number 64 of 2016 which bans the importation of some goods which cross-border traders and shoppers used to import into Zimbabwe‚” said Juru.

He said they ICTA was also demanding the withdrawal of police roadblocks along border highways.

By Wednesday afternoon there were no statistics yet as to how many illegal Zimbabweans had been arrested at the roadblocks and deported back to their native country.