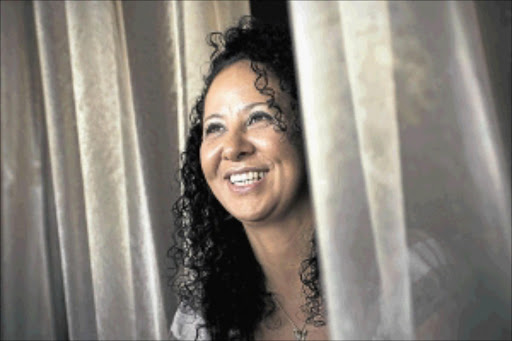 Syndicates offer between R20000 and R35000 a trip for potential drug mules to courier narcotics internationally from South Africa.

The Department of International Relations and Cooperation (Dirco) says there are currently 910 South Africans imprisoned abroad, "of which the majority are sentenced for drug-related offences".

However, Locked Up Abroad's Patricia Gerber said the number could be as high as 3 000 as some of the arrested persons do not contact South African foreign missions after being caught.

But Dirco spokesman Nelson Kgwete said "the overall number known to us has remained relatively similar over the last few years. There is no evidence of a marked increase in arrests globally".

Kgwete said "in certain countries such as India, almost all South Africans detained are arrested for drug-related offences".

Hangwani Veronica Ramaliba, 33, is one of the South Africans locked up in an Indian prison. It is believed Ramaliba was arrested for being in possession of drugs in Mumbai.

She had allegedly been lured into being a drug courier by her boyfriend who is suspected to be part of a west African drug syndicate operating from Johannesburg.

In India, possession and transport of narcotics, depending on quantity, could lead to imprisonment of between six months and 20 years.

Last week, Ramaliba's mother Patience Ramaliba told Sowetan she was desperate to save her daughter and could not afford R50000 legal fees demanded by an Indian lawyer.

Kgwete said Dirco contacted Ramaliba during April 2015 and explained the situation to her.

He said they would contact her again to assist her. He said detainees can decide if they want to appoint a private lawyer or request a state lawyer to be appointed by an Indian court.

"We'll request the relevant mission in India to inform Ms Ramaliba that she should consider asking for a state lawyer to represent her free of charge. The court case is still ongoing," he said.

Kgwete said Dirco only provides consular assistance to detainees and, where circumstances allow, a consular official visits detainees at least once a year.

Dirco cannot get South Africans out of jail and does not provide any legal or financial assistance.

Gerber slammed South Africa for not having prisoner exchange treaties with foreign governments which would bring detained drug mules closer to their families and lessen their trauma.

In December 2010, the South Gauteng High Court in Johannesburg dismissed Locked Up Abroad's bid to force government to sign a prisoner exchange treaty with Mauritius which would have opened doors for similar agreements with other countries.

Locked Up Abroad has applied for leave to appeal the decision in the Constitutional Court. The matter is still pending.