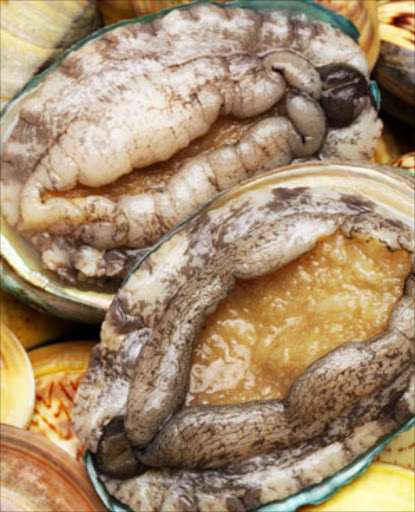 The alleged mastermind of what is believed to be one of the biggest smuggling syndicates in South Africa was among five people arrested in predawn raids at a farm in Port Elizabeth.

The five stood side by side in a prison court on Wednesday where the inner workings of an alleged perlemoen ring that reaped hundreds of millions of rands were spelt out.

According to court documents‚ which gave an inside look at the factory-like workings of the massive perlemoen operation‚ each of the suspects had a specific job to do in the enterprise.

Whether it was cooking‚ packaging‚ storing or transporting the endangered species‚ each one of them played a pivotal role in the multimillion-rand operation‚ according to the police.

Perlemoen‚ gas and salt were transported to the processing establishment at a Motherwell farm‚ after which the molluscs were cooked‚ dried and packed at a warehouse.

The dry product was then transported to a leased house in Bridgemead‚ Port Elizabeth.

As the suspected syndicate head – former nightclub owner and businessman Morne Blignault‚ 44 – and six others (including two Chinese nationals who are already serving sentences after they were bust in 2014) appeared in the St Albans Prison court on Wednesday‚ police said further arrests were imminent‚ including one on Thursday morning.

The prosecution said Blignault’s estranged wife‚ Marshelle‚ 38‚ had already been cited on the charge sheet as an accused.