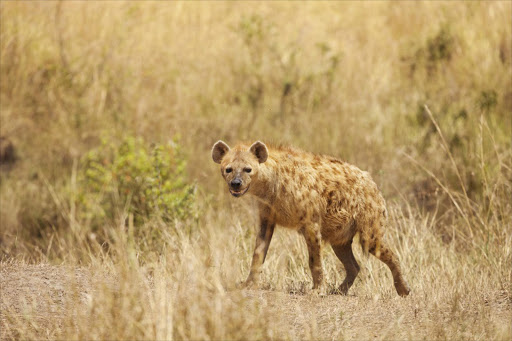 A teenager camping at the Crocodile Bridge Rest Camp at Kruger National Park was attacked by a hyena early on Sunday.

South African National Parks (SANParks) acting head of communications William Mabasa said the 15-year-old boy was asleep with his parents in a tent at the camping site when a hyena entered the camp at about 4.30am and attacked the boy.

“He was immediately rushed to the Medi Clinic in Nelspruit after receiving first aid service by a nurse who was also in the camp‚” Mabasa said.

“The rangers came to the camp to look for the hyena but could not find her. They however‚ found a hole under the parameter fence where the animal could have came in. SANParks sincerely regrets the incident and sympathise with the family.”

Mabasa said they would keep the public informed about any developments.