'I was born to capture history' 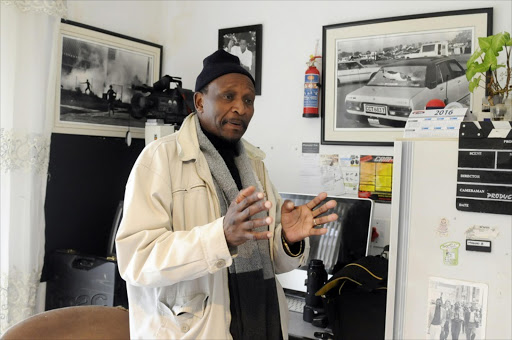 From when he was a young boy, Mnguni developed his love for photography by buying books to expand his knowledge.

"Back then, only one school taught photography and it was in Pretoria. It was for whites only.

"I used to buy photography books for 3c and 5c, and I fell in love with photography," said Mnguni, 63. "My first camera was an Instamatic. I started out as a street photographer, taking family portraits. I called myself an express photographer and I had a dark room at home."

Mnguni was introduced to the world of newspapers in 1972 when photographer Moffat Zungu offered him a freelance job at The World, the forerunner of Sowetan.

"I became one of the best junior photographers. I was streetwise and knew what I was doing. I was passionate about my work."

Mnguni said in 1976, the police were harassing photographers.

"I put my negatives in plastic bags and dug a trench in the yard at home. I then put on cement and buried them there because had the police found them, they would have seized my work."

Mnguni has worked for Sowetan, City Press, The Voice, Sunday World and The Star. He covered the Soweto uprising of June 16, 1976 and the political war between Inkatha Freedom Party and the ANC in the early 1990s.

"I still do not have a qualification in photography. I went to France to study for six months but officials said there was nothing they could teach me because my work was amazing.

"I became a lecturer. I had a marathon exhibition in France and Germany."

Though he is unemployed now, Mnguni spends time in his home-based office in Horizon Park, Roodepoort on the West Rand, scanning his pictures from the 1970s and editing his portfolio.

On the walls of his small office are pictures of the 1976 riots and his portraits.

"There are many pictures here. It will take me three years to complete. I want to publish a book. I also plan to open a photography school," the father-of-seven said.

"One particular picture is forever in my heart. The story was about a stepfather who killed the boy's mother, raped his sister and murdered her. He then locked the boy in the shack for four days with the bodies."