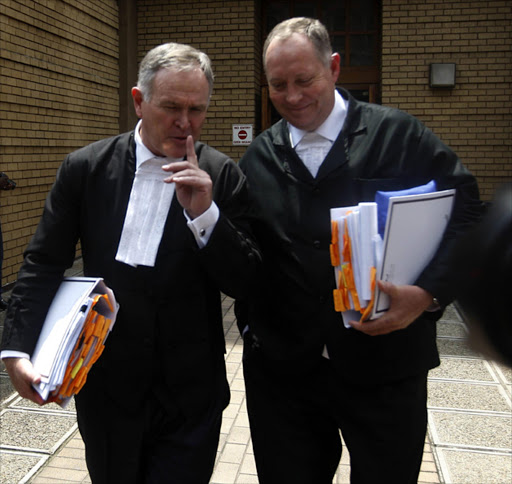 There were substantial and compelling circumstances in the case of Oscar Pistorius to allow the court to deviate from the prescribed minimum sentence of 15 years for murder.

This was a submission made by Pistorius’ counsel‚ Barry Roux SC‚ during the sentencing proceedings in the high court in Pretoria on Wednesday.

Pistorius was initially sentenced to a five-year prison term in 2014 for a culpable homicide conviction for the killing of his girlfriend Reeva Steenkamp in 2014.

He served just over a year of this sentence before being released on parole. However‚ the Supreme Court of Appeal set aside the conviction and sentence and replaced that conviction with that of murder.

It then sent the matter back to the high court to determine the appropriate sentence.

Roux said a perception had been created that Pistorius wanted to kill the deceased.

“He is still portrayed as this person winning gold medals — a strong ambitious person — That would have the effect that the real facts become concealed.

“It was not a man who won gold medals that should be judged‚ but a man on stumps. A different picture would unfold.”

He said once people had bad emotions about this case‚ then many people have either an unwillingness or inability to set emotions aside and look at true facts of what really happened.

“There could never be an appropriate sentence if you believed there was an argument beforehand.” — TMG Digital