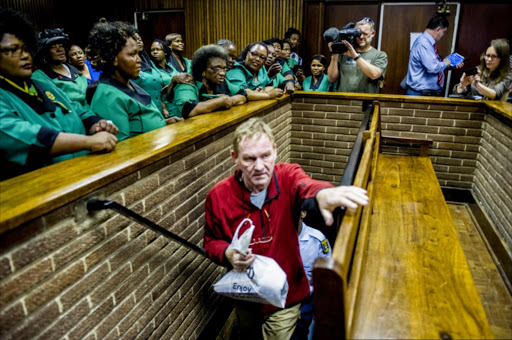 Danish national Peter Fredericksen‚ accused of mutilating several women‚ including his wife‚ and keeping removed clitorises in his freezer‚ appeared in the Bloemfontein Magistrate’s Court on Wednesday where his case was postponed.

National Prosecuting Authority (NPA) spokesperson in the Free State Phaladi Shuping confirmed that the case was postponed for a high court date to be arranged.

Fredericksen has not yet been served with an indictment‚ Shuping said.

The 63-year-old faces charges of assault with intent to do grievous bodily harm‚ conspiracy to murder‚ bigamy‚ and manufacturing‚ distributing and possessing child pornography.

He is also accused of killing his wife‚ Matseliso Molise‚ 28.

Co-accused Motlatsi Moqete allegedly helped him carry out the murder.

Both Fredericksen and Moqete will return to court on July 12.

Investigations are not yet complete in the case against Moqete‚ Shuping said.