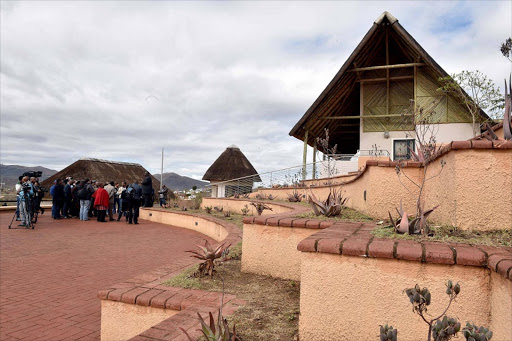 The Democratic Alliance (DA) is to demand a “very credible explanation” for the National Prosecuting Authority’s (NPA) decision not to prosecute Nkandla’s architect or former directors-general in the Department of Public Works over the upgrades to President Jacob Zuma’s private home.

This came after Police Minister Nathi Nhleko had responded to questions in Parliament.

Since last year‚ architect Minenhle Makhanya has been embroiled in an impasse with the Special Investigating Unit‚ which blamed the state for incurring expenditure of R155-million over the Nkandla project.

Siviwe Dongwana‚ Sam Vukela and Solomon Malebye‚ who served in the Department of Public Works during the formative years of the project‚ have also been deemed responsible.

“On July 28 2015‚ all these cases were nolle prosequi (declined to prosecute) by the NPA. The Directorate for Priority Crime Investigation (the Hawks) wishes to put on record that there is no investigation against Mr M Makhanya‚” Nhleko said.

The DA’s Patricia Kopane said on Tuesday it will “request the record of decision” not to follow through with court action from the NPA.

“The fact that…they were declared nolle prosequi by the NPA on July 28 last year‚ shows that the protection of Zuma’s pilfering of the state‚ and the actors who aided and abetted Zuma’s theft‚ has no bounds‚” she said.

“It is of national importance that the public receives an explanation from the NPA for this latest turn in the Nkandla scandal. Nkandla has caused too much damage to South Africa and has cost tax payers too much money already.” — TMG Digital