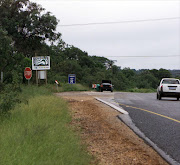 TRANSPORT Minister Dipuo Peters has allayed fears among residents of the former KwaNdebele that the R3.7-billion upgrade of Moloto Road does not mean the government has abandoned plans for a railway line.

The Passenger Rail Agency of South Africa (Prasa) is currently in talks with the Department of Finance to give it funds for construction of the Moloto Rail Development Corridor, said Peters.

"Treasury officials have made their comments and . [have] delegated the matter upwards to say this is something that needs to be resolved, especially in this financially constrained environment," she said.

The ANC government has been promising residents of the former KwaNdebele trains since Thabo Mbeki's first-term as president.

It has spent millions of rands on two feasibility studies, both of which supported development of the rail network. Peters unveiled a R3.7-billion project to upgrade the entire 139km stretch of the R573 (Moloto Road) over the next five years.

"The president ... is committed to this project like life itself. President Zuma wrote to the premier [of Mpumalanga David Mabuza] . to indicate his commitment to this development.

"Myself and the premier have agreed that we're going to be the champions of this rail development."

She added that a number of Chinese companies were interested in the rail project.

"Our standpoint is that as much as the government is improving the road, we're still crying for that Moloto Rail Development Corridor.

"First of all, trains are cheap. Our people would get an affordable form of transportation.

"Statistics show that 37% [of locals] are unemployed, and even those that are working are just doing menial jobs in Pretoria and cannot afford Putco bus fares."