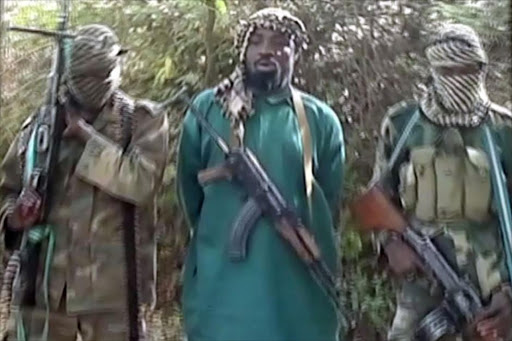 Nigeria’s neighbours, French President Francois Hollande, and senior US and British officials attended a security summit earlier this month in the Nigerian capital of Abuja.

U.N. aid chief Stephen O’Brien will speak at a panel on the impact of Boko Haram in the Lake Chad Basin region at this week’s World Humanitarian Summit in Istanbul, where he hopes to draw attention to the needs of the affected populations.

Here are 10 facts about Boko Haram:  *The Islamist militant group Boko Haram became active in 2003 and carried out its first attack in 2004, from its then heartland in northeast Nigeria around Maiduguri.

*Boko Haram, which means “Western education is sinful” in the Hausa language, demands the adoption of sharia (Islamic law) across Nigeria and considers all people who do not follow its ideology to be infidels, whether they are Muslim or Christian.

*Since 2009, the militants have waged an insurgency aimed at establishing an Islamic caliphate in northeast Nigeria.

*The most high-profile attack took place on April 14, 2014, when the militants kidnapped 276 schoolgirls, from a secondary school in Chibok in Borno state, northeast Nigeria. About 50 of the girls escaped but 219 were captured.

*Boko Haram controlled a swath of land in northeast Nigeria around the size of Belgium at the start of 2015, but was pushed out by Nigerian and regional troops. The militants have since struck back with cross-border attacks and suicide bombings.

*About 2,000 girls and boys have been kidnapped by Boko Haram since the beginning of 2014, and are used by the group as cooks, sex slaves, fighters and even suicide bombers.

*Boko Haram used 44 children to carry out suicide attacks in West Africa last year, up from four in 2014, with some as young as eight, mostly girls, detonating bombs in schools and markets.

*The insurgency has forced around 2.4 million people to flee their homes in the four Lake Chad Basin countries — Cameroon, Chad, Niger and Nigeria.

*The militant group has killed more than 15,000 people.

*Boko Haram last year pledged allegiance to Islamic State, which rules a self-declared caliphate in parts of Iraq and Syria, and may be sending fighters to assist the group in Libya.