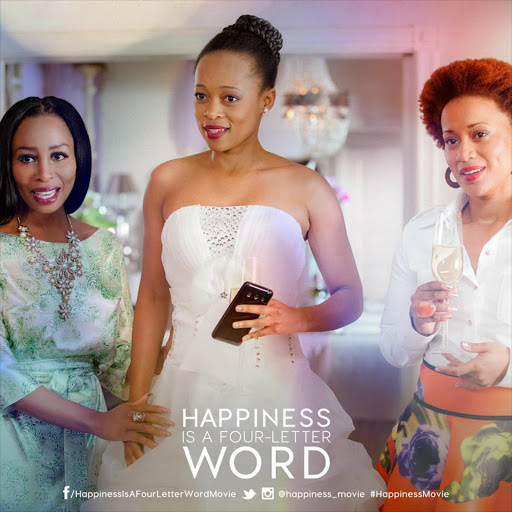 Proudly South African CEO Leslie Sedibe says 2016 is set to be a significant year for local film production in South Africa if the first quarter is anything to go by.

Sedibe‚ a well-known advocate who had an acrimonious divorce from soapie star turned scriptwriter and motivational speaker Sonia Sedibe‚ said in a statement on Wednesday that Proudly SA has thrown its weight behind the National Film and Video Foundation (NFVF) in an effort to galvanize support for the local film industry and local talent.

Two local rom-coms are currently creating a buzz in the SA film scene. “Happiness Is a Four Letter Word” is currently being showcased at the 69th Cannes Film festival in the French Riviera‚ at the NFVF’s pavilion while Mrs. Right Guy premieres at The Zone in Rosebank‚ Johannesburg‚ on Thursday evening.

“Proudly SA is committed to creating awareness around the richness of world-class talent within our local film industry. As such‚ we fully support all efforts to showcase South African storytelling on the big screen while we also acknowledge and celebrate our local stars‚” Sedibe said in a statement.

“Storytelling is the common thread which transcends culture‚ race and age. It’s an art form through which we can see how different people share the same life experiences‚ hopes‚ dreams and fears.

“South Africans have remarkable stories to tell and as such‚ local film also has the potential to play a significant role in nation building‚” he added.

Mrs Right Guy has a star-studded cast including leading lady Dineo Moeketsi‚ Thapelo Mokoena‚ Thando Thabethe‚ Lehasa Moloi‚ Tau Maserumule and Boity Thulo who come together to tell the tale of a woman once bitten by love‚ who unintentionally ventures on the road to true love once again.

According to the Sowetan‚ Mrs Right Guy is a result of the National Film and Video Foundation (NFVF) Fund aimed at building a black South African film-going audience.

The foundation‚ however‚ is struggling to make ends meet‚ according to The Times. It quoted the foundation’s CEO‚ Zama Mkosi‚ as saying the demand for funding exceeded the budget by 116% each quarter.

According to the performance plan that the foundation presented to parliament’s arts and culture portfolio committee‚ it will have less than R120-million to spend on supporting filmmaking in this financial year. It is expected that this will increase to R140-million by 2018.

The plan will fund 66 projects in development and 38 in production‚ place 20 interns‚ award 64 bursaries and fund one female-owned production company‚ which will be expected to produce 10 films over the next three years. The funding for the 66 development projects will be capped at R1.2-million‚ The Times stated.

The projects include six documentaries‚ four films by “emerging” black filmmakers and three fiction films over the next three years.

The foundation receives more than 200 funding proposals from filmmakers every three months.

Movie producer Bongiwe Selane said it took four years to develop the script for the movie. Although she has worked on a number of productions for M-Net‚ Happiness is a Four Letter Word is Selane’s debut in producing feature films.

Commenting on the popularity of the movie‚ she told the Daily Dispatch: ““It is hard to convince people to finance films because they claim that no one goes out to watch movies anymore. Getting this response proves that if you give people something they can relate to‚ then the support will be there“.