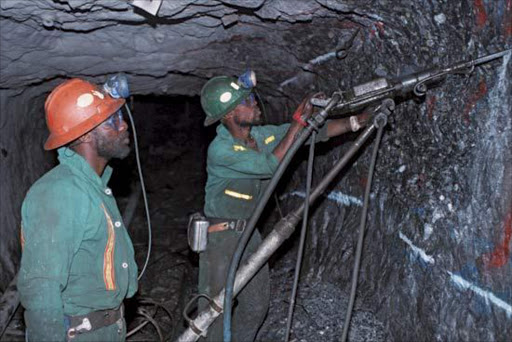 The National Union of Metalworkers of South Africa has applauded what it calls two historic court rulings in favour of “super-exploited mineworkers”.

In the one case‚ the South Gauteng High Court has ruled that 17‚000 former mine workers and their dependents can institute a class action against the mine owners for compensation for the effects of silicosis and TB contracted while working in the mines.

Human rights lawyer Richard Spoor estimates that the total affected and entitled to claim could be 100‚000 and‚ if successful‚ could receive a total of R10 billion.

In the second case‚ the Supreme Court of Appeal (SCA) in Bloemfontein dismissed an appeal by five directors of mining company Aurora Empowerment System.

The SCA rejected their appeal against a High Court judgment that Zuma and Mandela had acted recklessly and fraudulently when they assumed control of the Pamodzi assets. The mines were closed‚ stripped of assets‚ and workers were left stranded‚ homeless and starving‚ with no pay for months. 5‚ 000 workers must now be paid their wages amounting to R1.7 billion.

“Both these long-drawn out cases finally bring some hope of relief and justice to those tens of thousands of workers suffering with terminal diseases and the 5‚300 Aurora employees deprived without pay for more than five years‚” Numsa said on Monday evening.

It said both stories illustrated “the utter barbarity of capitalism‚ made even worse in the South African mining industry by the racist super-exploitation imposed by colonialism and apartheid”.

“Numsa demands that the two court decisions must now be implemented without any delay and with no further appeals by the employers‚ so that all the claimants‚ both the workers and the dependants are paid what they are due. The union further insists that now that a precedent has been created similar cases in future must be settled timeously‚ without the need for more long legal battles before workers are compensated‚” the trade union added.