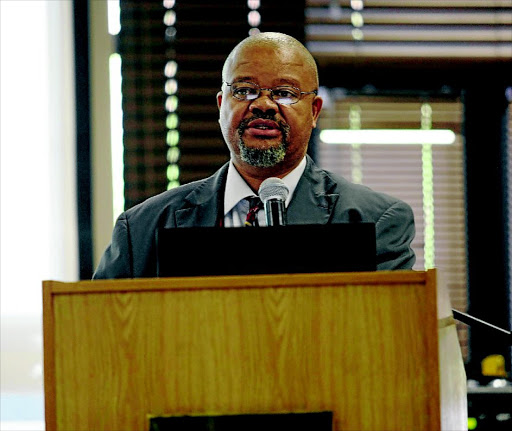 Outsourcing of general services by Unisa was an exploitative form of labour, the university's vice-chancellor Mandla Makhanya has acknowledged.

In an exclusive interview with Sowetan, Makhanya said he personally wanted outsourcing to go.

"The exploitative part [of outsourcing] is something that we need to acknowledge," he said.

"I don't think there's anyone in his or her right mind can claim that outsourcing is not exploitative."

The practice was exploitative because contracted companies often paid workers in cleaning, security, catering and gardening services "very low" salaries, yet they were getting millions from Unisa.

He made an example that if a company was paid R10000 for each worker, it would argue "well, there are overheads in the business that I'm running". The worker eventually gets a low portion of that money.

"That's where the exploitative nature [of outsourcing] comes in. In some instances you find that what's being paid to an individual is reasonable, but in some instances it's very low," said Makhanya.

"Like what we discovered when we looked at cleaning services, you find that the pay is actually really very, very low."

He becomes the third vice-chancellor to concede outsourcing is exploitative. Universities introduced the practice in the early 2000s after retrenching their general workers.

Both Wits and UCT were forced by protests to abolish outsourcing.

Unisa announced the fall of outsourcing at all its campuses on March 4. This was at the height of protests at its two Pretoria campuses. Makhanya announced that day that council had taken a decision to increase the salaries of cleaners and security guards from about R2000 to R3500 and R4000 respectively, targeting a minimum of R5500 and R6500 by 2020.

Outsourced workers had joined forces with members of the EFF Student Command and the Academic and Professional Staff Association union in the protests.

Makhanya said he was not surprised outsourcing was being questioned at Unisa, but "what surprised me were the protests and the violence associated with that. For me, violence was irrational. I did not expect that," he said.

But was the university going to abolish outsourcing within four months without being pushed by the violent protests? Makhanya insisted: "Oh, definitely so."