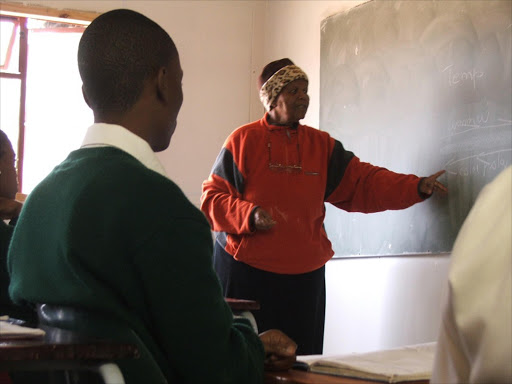 Newly appointed and temporary teachers at a North West region have for many months been paid late and claim that the provincial education department was treating them badly.

This month, again, the Dr Ruth Segomotsi Mompati district has not yet paid its temporary teachers.

The teachers - who did not want to be named for fear of reprisals - said they were expected to go and teach pupils while the department does not give them specific answers on when they would be paid.

A teacher at a secondary school in Vryburg said she was happy last December when she was given an appointment letter stating she was now hired permanently by the department.

"I started buying things and creating debts, now all my debts have bounced back. I am a permanent employee but I am still suffering the pain I used to suffer while I was still a temporary teacher."

She started working on a temporary basis in 2012.

Another teacher said the department was taking them for granted. "They are treating us like nothing. We must just beg because we do not have permanent jobs, but the work that we are doing in this school is more than the one that permanent staff members are doing," he said.

"This is not for the first time this happens and when we ask, we are not given a straight answer. Now they say we will probably be paid next week. This is not fair."

Education spokesman Elias Malindi said the department was fully aware of the situation. "We found that it's about 28 temporary teachers who have not been paid yet. This problem is due to the late submission and incomplete documents submitted either by the principals or educators," he said.

"The department is urgently attending to this problem and we are hopeful that all the affected teachers will be paid by next week. Other districts are not affected."

"We made an agreement at the beginning of this month that all the contracts of the temporary teachers will be extended. It has nothing to do with documents' submission," deputy provincial secretary Lawrence Modiba said.

Modiba said the province had been experiencing severe delays in payments of temporary teachers and Dr Ruth Segomotso Mompati and Bojanala districts were the hardest hit. "We are busy trying to check if all the districts are experiencing the same problems," he said.