Watch: Hate Cassper bragging about his money? He doesn’t give a damn 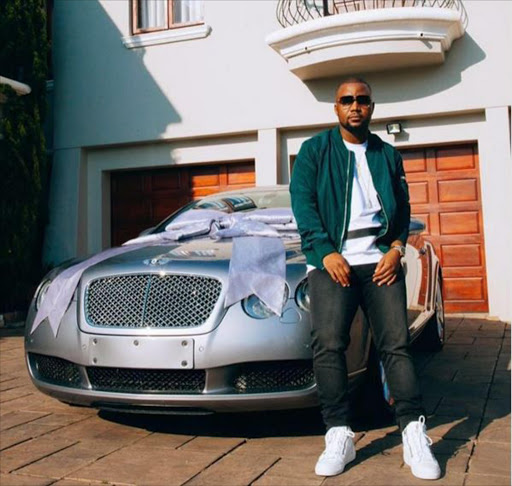 Hip-hop sensation Cassper Nyovest has been the envy of thousands of people lately but not just because of his celebrity status.

The rapper’s lavish lifestyle has taken centre stage over the past week with him flaunting purchases worth millions. TMG Entertainment recently spoke to the rapper about all things money at a press conference…

Speaking at the launch of his very own cellphone‚ #Hashtag‚ which has been manufactured by AG Mobile and is exclusive to MTN on Tuesday morning‚ the Doc Shebeleza hitmaker said that he will not stop showing off his extravagant lifestyle and luxury purchases on social media.

“I have the opportunity to be on every brand in South Africa but they offer too little money. I’m not going to put my name on something for an amount that isn’t life changing. That’s why I’ve turned down numerous deals. This is the biggest cheque I’ve ever got.”

Cassper explained that the launch of #Hashtag is a dream come true for him‚ and by sharing his successes on social media‚ he hopes to inspire children in the hood.

“As you guys know it’s because of this deal that I was able to buy a property‚ a new car and a few watches. But more importantly I’ve also been able to pay for my sisters to go to university and that type of thing.”

The rapper added that before buying the Bentley‚ he saw the exact same car parked outside a building and it inspired him. “A few weeks later I was able to go out and buy myself a Bentley.”

Watch what Cassper has to say about flaunting his millions:

“I was inspired by seeing Kanye’s chains‚ seeing his car and his house and seeing P.Diddy’s lifestyle. I was inspired from a kid. I used to take the good from what I see. I mean all these rappers come from an American hood‚ but they also come from unfortunate situations and through music‚ they’ve been able to provide for their families and buy these cars.”

Cassper says that this is what he is trying to be to the kids back in the hood.

“You know‚ I drove the Bentley home to Mafikeng last week and all the kids just started running after the car. They already knew the car. I mean‚ these are the same kids who used to see me chilling in the corner with people who used to do drugs. Some of my friends were thieves‚ some are in jail and some are dead. If you cannot appreciate a young black man‚ who comes from nothing and now drives a Bentley‚ then you have a problem‚ not me.”

Last week hot-on-the-heels of buying a Presidential Rolex worth R448‚300‚ Cassper showed off a brand-new Bentley worth R3.7 million and then the cherry on the top was a luxury property which he purchased from Lew Geffen Sotheby’s.

Even though Cassper would not be drawn into revealing the exact amount he raked in as an MTN ambassador‚ Oskido previously referred to the figure being as big as Lotto figures.

Watch what Cassper has to say: