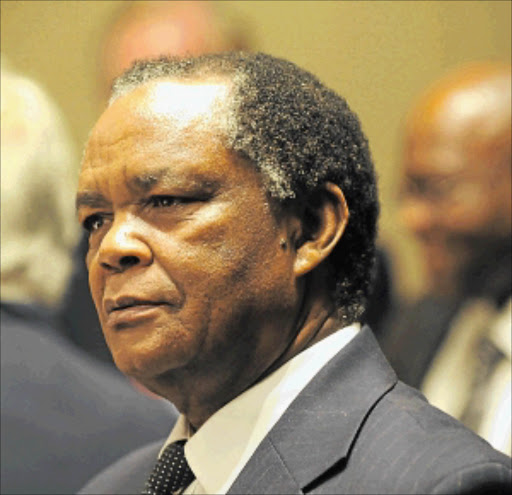 Ngoepe made the remarks when he was closing the graduation ceremony where Economic Freedom Fighters leader, Julius Malema, received his Bachelor of Arts degree.

In his speech, Ngoepe said he was told how EFF leaders were furthering their studies. "We sincerely hope that will also be the case with regards to leaders of other political parties," he said.

"My point is that the world needs knowledgeable leaders given the complexities of the global world. We need to have leaders who are knowledgeable to lead the millions of people."

He said it was important for South Africa to have such leaders as the country was at a critical stage in its history.

"In South Africa, it's more important that we produce people with great intellectual capacity because South Africa is at a critical stage to build a new nation. We can't realise that if we don't have intellectuals," said Ngoepe.

He said it was important to have intellectuals in order to achieve the ideal country that was envisaged in 1994.

"We all thought that South Africa would be this paradise but corruption, nepotism and poverty are still bedevilling this country. For this experiment to yield results, we need intellectuals who will hold leaders to account for the things they promised the nation many years ago," he said.

Ngoepe said the country was still far from realising that dream of a paradise. He said corruption couldn't be allowed to continue. He also questioned the power certain organisations wielded in the country, making reference to teacher union, Sadtu.

"How can it be correct that at times, despite our... efforts, we struggle to understand if it's a powerful union in charge of the education of our children, or government? How can it be right that in this country we still continue to have such a big divide between the rich and poor? If we have one of the best Constitutions, how can we be the worst when it comes to the divide between rich and poor?"

Ngoepe said this indicated the country was not where many thought and hoped it would be. "Perhaps we have never even began to get there," he said.

It was a night of glitz and joy for Malema and his supporters when he received his degree. His wife, Mantwa, and grandmother, Sarah, were in attendance along with party leaders.

The family danced and ululated for him. Party members such as Mbuyiseni Ndlozi, Floyd Shivambu, Dali Mpofu and Godrich Gardee were wearing their academic gowns on the night. They clapped as their leader walked off the stage.

Ngoepe commended them and said they would do the same for any other leader. He said they were impartial on matters of politics.