'We never knew': Family of woman killed by husband 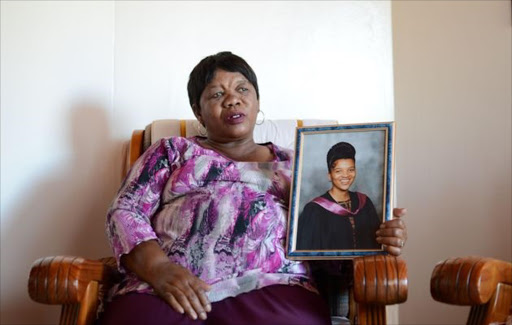 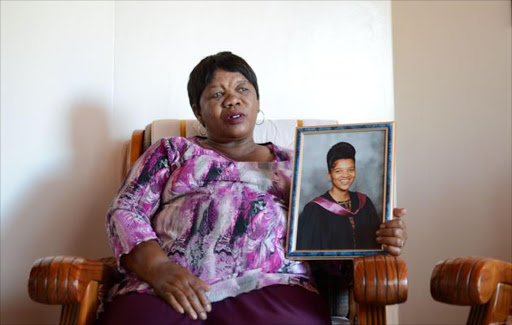 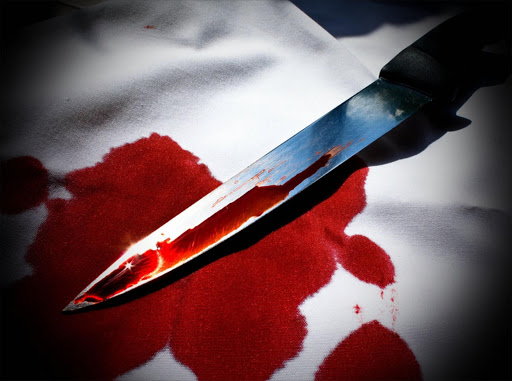 Carla Huma’s family had no idea that her husband of almost five years abused her until after he had killed her.

Her mother‚ Aphathia Legwale‚ did not believe the news of Carla’s death until she saw her daughter’s bloodied corpse.

It was only then that Legwale and her family learnt that Carla’s husband had beaten her in front of their toddler and that she had a protection order against him.

IT engineer and businessman Tshimologo Huma‚ 38‚ was sentenced to 20 years in prison for his wife’s murder in the Randburg Magistrate’s Court on Tuesday.

Huma followed Carla‚ 32‚ to a nearby friend’s house and stabbed her to death in December 2011 after the couple had had a fight at Huma’s internet café in Cosmo City‚ Johannesburg.

“Carla helped me and the family. She was an advisor and she did a lot for me‚” the 63-year-old pensioner said.

Carla and Tshimologo’s seven-year-old daughter lives with Legwale who maintains the child on her pension. She said she could not collect a child support grant or claim money from her daughter’s deceased estate until the criminal trial is concluded.

“Every time I think of her child I worry. Who will look after her [when I am gone]?”

Carla’s brother Donald Motase said that Carla was the family’s beacon of hope.

“She was humble‚ soft-spoken‚ friendly and a good cook. She would give her last cent to the needy.”

Asked if Huma had ever apologised to their family for Carla’s death‚ Legwale said: “He can’t even greet me.”

“I can say I forgive but deep down in my heart is a deep wound and I don’t know who is going to close it‚” Legwale said.

According to Professor Rachel Jewkes‚ director of the Gender and Health Research Unit at the SA Medical Research Council‚ 57% of women killed in South Africa are killed by their intimate partners‚ which is six times the global average.

She cited this research‚ done in 2009‚ in the trial of radio DJ Donald Sebolai‚ who was jailed for 20 years earlier this month for murdering his girlfriend Rachel “Dolly” Tshabalala.

Man jailed who stabbed wife to death with a blunt knife

The Johannesburg businessman and IT engineer who murdered his wife clearly has “no respect for life“.

These were the words of magistrate Vincent Pienaar when he sentenced Tshimologo Huma to 20 years behind bars at the Randburg Magistrate’s Court in Johannesburg on Tuesday.

Huma‚ 38‚ chased down his wife‚ Carla‚ 32‚ and stabbed her to death in December 2011 after the couple had had a fight at Huma’s internet café in Cosmo City‚ northwest of Johannesburg.

Carla fled to the nearby house of a friend. Huma followed and the couple argued again‚ after which Huma kicked‚ dragged and stabbed her repeatedly with a blunt knife.

Huma pleaded not guilty to murder and said that Carla provoked him by spitting in his face‚ but the court convicted him of murder in July last year.

“Because of the brutality of the murder I’ve decided an appropriate sentence is 20 years‚” Pienaar said.

Carla’s family members and friends sobbed in court as Pienaar read out the details of each of Carla’s 13 wounds to illustrate the brutality of the crime.

Pienaar said that the injuries were so severe because the knife used to kill Carla was blunt.

After the sentence was handed down‚ Carla’s brother Mothusi Legwale said: “We as a family feel relieved. We welcome the sentence. It will serve as a deterrent to other murderers.”

According to a pre-sentencing report‚ Huma was abused as a child and has a short fuse.

It also emerged during sentencing proceedings that Huma is in a relationship and has a two-year-old child with his girlfriend.

He and Carla had a daughter who is now seven years old and lives with Carla’s mother‚ Aphathia Legwale‚ in Mahikeng‚ North West.