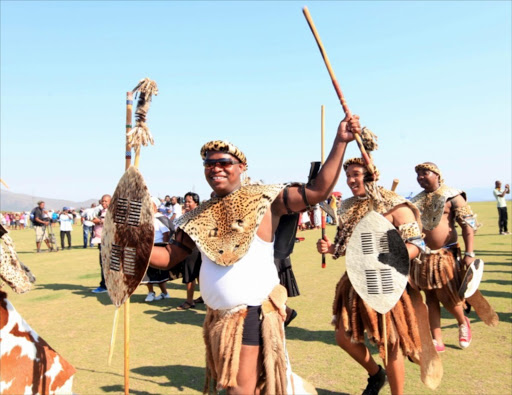 Edward has labelled the luxury goods mogul “an arrogant white racist who has been looting unabated“‚ after Rupert’s strong criticism of Zuma on line this week.

Two weeks ago DA leader Mmusi Maimane opened the same charge against the Guptas‚ a family with strong connections with the Zuma family‚ under the Prevention and Combating of Corruption Activities Act.

“Whiteness is on steroids these days. For him to call for President Zuma’s resignation is a confirmation of what we have always known: that he and others have been funding the opposition‚ plotting and orchestrating conditions favourable for the defeat of our National Democratic Revolution‚” he said.

SAPS spokesman Major Thulani Zwane confirmed that Edward had opened a case of corruption at the Nxamalala police station near Nkandla‚ but wouldn’t disclose the identity of the “suspect“.

Rupert had written: “Yes‚ for the sake of the children‚ you should resign‚ please‚”.

“Now is the time for people to make their voices heard‚” Rupert had told an online publication on Wednesday.

Rupert was incensed with the way Zuma decided to replace former finance minister Nhlanhla Nene with David van Rooyen‚ a decision Zuma rescinded four days later with the appointment of Pravin Gordhan in what is now known as 9/12.

Rupert had said he was fed up with the way Zuma was managing the country.

“This should renew our efforts and commitment to transform the colonial apartheid ownership patterns. Rupert Must Fall! I’m disgusted by his arrogance‚” he said.

Edward also weighed in on Public Protector Thuli Madonsela who said she needed funds to probe the relationship between the president and the Gupta family.

“She must widen the scope to probe all other senior ANC officials who also have ties with wealthy families in this country. Why does she want to probe Zuma only?... this leaves much to be desired. Names will obviously be told to whoever will be probing these families. These should also be done to all political parties across as it should show fairness and objectivity from the Democratic Alliance‚ COPE and others.”

Meanwhile deputy president Cyril Ramaphosa has denied meeting with business people including Rupert‚ Maria Ramos and Trevor Manuel following the appointment of Van Rooyen and the subsequent appointment of Gordhan as Minister of Finance.

In a statement issued by Ronnie Mamoepa on behalf of the presidency‚ Ramaphosa said he “categorically denies” ever having such a meeting with Rupert‚ Manuel and Ramos or any other business persons to discuss cabinet appointments.