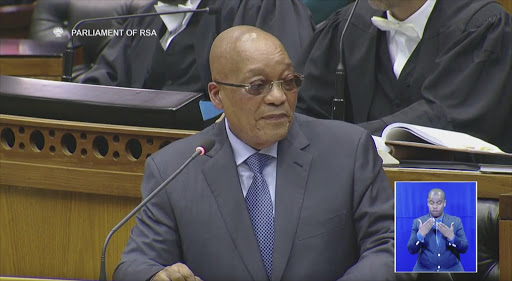 President Jacob Zuma will deliver an address at the Human Rights Day celebrations at the Moses Mabhida Stadium in Durban‚ KwaZulu-Natal‚ on Monday.

Held this year under the theme “South Africa United Against Racism”‚ the Human Rights Day celebrations seek to remind all South Africans about the sacrifices that were made in the struggle for liberation and to celebrate the achievement of freedom and democracy in 1994‚ the Presidency said.

“The President has declared that Human Rights Day 2016 be commemorated as the national day against racism and as a foundation to lay a long-term programme on building a non-racial society‚” it added.

The historical basis of Human Rights Day is attributed to the Sharpeville Massacre that took place on March 21 1960 when residents of Sharpeville and citizens across the country embarked on protest marches against pass laws. The apartheid police shot and killed 69 of the protesters at Sharpeville and many other people were killed in other parts of the country.

The tragedy came to be known as the Sharpeville Massacre and it exposed the apartheid government’s deliberate violation of human rights to the world. These events mobilised the international community into action against the apartheid government. The United Nations (UN) subsequently declared March 21 as the International Day for the Elimination of Racial Discrimination.

“The South African Government declared March 21 as Human Rights Day in which the country celebrates South Africa’s transition to a democratic system that honours and respects human rights‚ and the Human Rights Month of March is used to promote the country’s Constitution which‚ among other things‚ enshrines human rights in a Bill of Rights‚” the Presidency said.

“We use this National day each year not only to remind our people of the tragic past‚ but also more importantly‚ to highlight the need to ensure that we promote and consolidate our human rights culture and democracy as entrenched in our Constitution and the Bill of Rights‚” said President Zuma.

The Presidency noted that in recent months‚ South Africa had experienced an upsurge in racist incidents that had manifested themselves on various platforms‚ especially on social media.

“In line with the theme of ‘South Africa United Against Racism’‚ the President has urged all South Africans to confront the demon of racism.

“President Zuma has made a call that South Africans should devote their time to anti-racism campaigns in which organisations and the public across the board join in a coordinated national effort and pledge to fight racism at all levels.

“Government will host various activities throughout the Human Rights Month to remind all South African residents to continue working together to further consolidate democracy and celebrate the achievements of 20 Years of Constitution‚” the Presidency said.