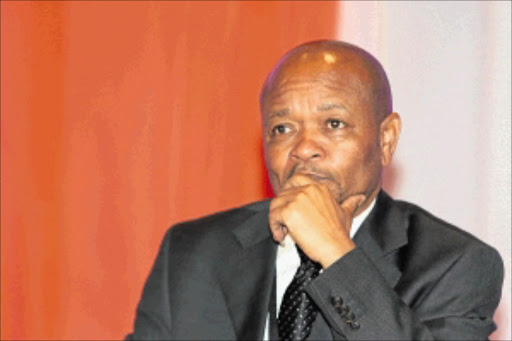 “We would like to inform you that KZN Premier Mchunu is safe and sound at home.

“We can confirm that the back-up car used by his protector was involved in an accident,” Sibiya said.

Sibiya said at the time of the accident Mchunu was home after a meeting in Durban.

On Friday News24 reported a credible source with knowledge of the incident as saying: "The lead vehicle in the convoy collided head-on with another car."

"The police officer in the lead convoy vehicle is in a serious condition. In the car it hit, two people were killed and three others have been badly wounded."

She said Mchunu’s bodyguard claimed to have been hit by a truck.

“He said he hit a truck but there was no truck. The story is incomplete, we told our officer to wait until police to ascertain [what happened]."

“There is a Toyota Yaris and a bakkie driven by a body guard and a Mercedes parked on the side of road,” she said.

Mngomezulu said four other passengers in the Yaris were injured.