People with HIV in Asia ejected from hospitals, women sterilised-study 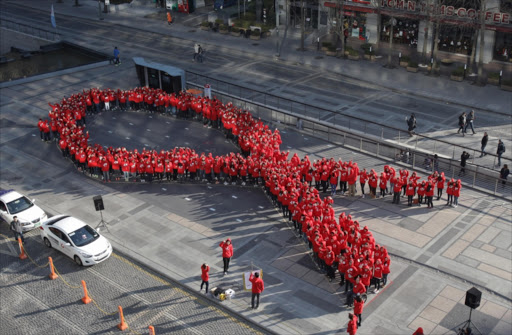 Some health workers in Asia are refusing to perform surgery and provide services for people living with HIV, and are even expelling patients from hospitals and forcing women to undergo sterilisation, according to grassroots organisations.

In China and Vietnam, discrimination took the form of changing the recommended option for treatment from surgery to topical or oral medication, said the four-country study supported by Asia Catalyst, which provides management training for community-based health organisations.

In Myanmar and Cambodia, patients with HIV were relegated to segregated waiting areas and bed spaces. One HIV-positive woman in Myanmar said doctors told staff not to give her a hospital bed, so she slept for two nights in the barracks for security guards.

Asia Catalyst trained and supported staff from eight community-based organisations — two each in Cambodia, China, Myanmar and Vietnam. From May to July 2015 the staff interviewed 202 people living with HIV — 149 women, 15 transgender people and 38 men.

Fifty-one interviewees from all four countries reported being denied care after disclosure of their HIV status, including pregnancy-related services for women in Cambodia and general health services for sex workers in Myanmar and Vietnam.

“After going through five days of labour pain, the first hospital was unable to help me and referred me to this hospital.

They did not help. Fortunately, I delivered (the baby) on my own in the waiting room,” a woman in the southern Cambodian province of Kampot was quoted as saying in the report.

After their HIV status became known to service providers, some patients — two each from China and Myanmar, and three from Cambodia — were forced to leave the hospital, including a Cambodian woman forced out before she learned how to prevent transmission of HIV to her newborn baby.

Some healthcare providers made sterilisation a condition of providing pregnancy-related services to women with HIV. One woman in Yangon was sterilised without her knowledge or consent, the report said.

“I don’t think anyone was surprised that discrimination happens,” Durrant told the Thomson Reuters Foundation.

“What was interesting was that when you give grassroots organisations the tools to go back to their communities and say what’s going on, document it... they can identify problems they know are happening in the communities and then come back and tell their governments about it.” CBOs in Myanmar managed to meet health authorities and police to discuss the findings in the Asia Catalyst report, resulting in a recognition by authorities of the need to pay more attention to at-risk populations, Durrant said.

“Communities for a long time said this hospital is bad, or the doctor is not good, but they did not put into a framework of this is a human rights violation that should never have occurred,” he said.

“Once they’ve (the CBO staff) been through training and understand everyone has a fundamental right to health... it changes the narrative from a doctor who was not good to a human rights violation.”  (Reporting by Alisa Tang, editing by Tim Pearce. Please credit the Thomson Reuters Foundation, the charitable arm of Thomson Reuters, that covers humanitarian news, women’s rights, corruption and climate change.