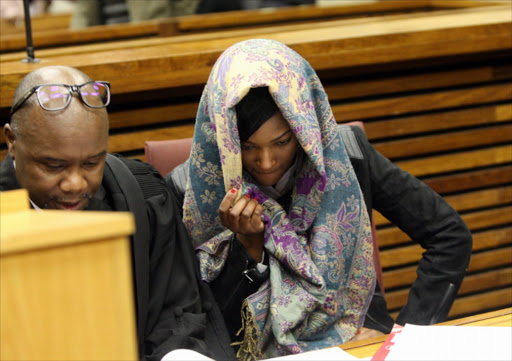 Nkululeko "Flabba" Habedi's killer was also a victim in the incident that led to the hip hop star's death, the High Court sitting in Palm Ridge heard on Thursday.

"She was a victim but was turned into villain when she tried to resist the attack on her," Sindisiwe Manqele's lawyer, Norman Makhubela told the court.

Makhubela said his client had shown remorse and regret following the death of the deceased and had even tried to take her own life as a result of her devastation.

"Selfishness would have been her not trying to help the deceased following the stabbing. She took the initiative and tried to make good of it and unfortunately, it was insufficient," said Makhubela.

He was presenting closing arguments ahead of Manqele's sentencing after she was found guilty of Habedi's murder.

The 27-year-old stabbed Habedi in the chest at his Alexandra home on March 9 last year.

Also read: 'Giving Manqele a life sentence will not bring Flabba back'

The couple had been arguing about Habedi's ex-girlfriend, who had allegedly danced seductively in front of him at a Sandton nightclub a few hours earlier.

Habedi also reportedly argued with Manqele after another man complimented her at the club.

Manqele pleaded not guilty to the murder charge, arguing she acted in self-defence after Habedi had rubbed saliva on his face and poked her with a knife several times on her stomach.

In December 2015 however, Judge Solly Sithole ruled that Manqele had intentionally stabbed Habedi after she admitted to this during cross-examination.

Makhubela pleaded with the court to place Manqele under correctional supervision and not direct imprisonment.

He argued that correctional surpervision was not a lighter means of punishment as this would also alter Manqele's way of life.

Prosecutor Paul Schutte however, called for the court to impose the prescribed sentence of 15 years behind bars.