Drought beginning to impact on unemployment 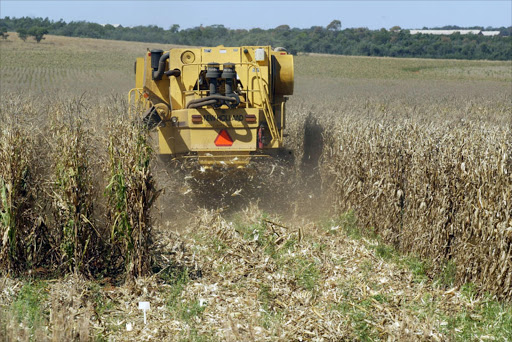 Unemployment eased slightly in the last quarter of 2015 but the impact of the drought on jobs is starting to emerge with 37‚000 job losses in agriculture.

This also had a knock-on effect on jobs in the manufacturing sector which lost 36‚000 jobs‚ mostly in food processing.

Releasing the Statistics South Africa quarterly labour force survey on Thursday‚ statistician general Pali Lehola said that unemployment had eased by one percentage point to 24.5% in the final quarter of 2015.

This meant that‚ compared to the previous quarter‚ 190‚000 more South Africans were employed.

The finances and trade industries showed the most positive job growth of 113‚000 and 80‚000 jobs respectively.

But Lehola said that agriculture had shed 37‚000 jobs mostly driven by a decline in growing crops and mixed farming (crops and animals).

He said that as there were “no agricultural products”‚ this had “linkages” with the 36‚000 drop in the numbers of people employed in manufacturing.

This decline was mostly driven by a decline in the manufacture of food products‚ grain mill‚ starches and starch products and animal feeds.

KZN‚ Mpumalanga‚ the North West‚ Limpopo and the Free State were all declared drought disaster areas in November last year.

According to the statistics‚ the agricultural sector accounted for 5.4% of total jobs in the sector‚ contributing 2.2% to the GDP.

The unemployment rate amongst graduates was recorded at 5.1%‚ compared with 28.5% for those who have not completed matric.

Unemployment remained highest among black South Africans at 27.6%‚ compared to 6.9% for whites‚ 10.9% for Indian or Asians‚ and 21.6% for coloured South Africans.