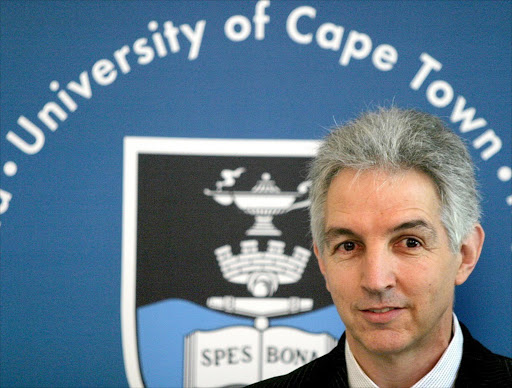 A group of University of Cape Town (UCT) students and supporters of the Rhodes Must Fall movement laid charges against vice chancellor Max Price on Thursday.

“I cannot say who laid the charges and against whom, what I can say is charges have been brought to police and we are investigating,” he said.

One of the Rhodes Must Fall supporters confirmed to News24 that they had laid charges.

“We need the police to investigate the crimes that were committed but were never reported against us. Students were assaulted and intimidated but no one cares to tell this story,” said one of the supporters who did not want to be named.

Rhodes Must Fall took to social media making a clarion call for any evidence of brutality students could present to them against police and security. “All those with evidence regarding the case of police violence that took place at #Shackville on Tuesday night, please email it to us.”

The university approached the Western Cape Town High Court on Wednesday after paintings, a Jammie shuttle bus and a bakkie were set alight.

The vice chancellor’s office was petrol bombed. Eight people were arrested. One of them was not a student.

On Monday, students erected a shack on Residence Road and cordoned off an area, calling it Shackville. Their actions were intended to highlight accommodation shortages in residences, which they said did not affect white students. They claimed that black students were being treated badly.

But Price, at a media conference later on Wednesday, said in 2015 over 75% of students living in the university’s residences were black and the number was expected to be higher this year.

A group of students are seen on video footage on Twitter standing in front of a  police station. "Group of Rhodes Must Fall students at Rondebosh Police station to lay charges against Vc Max Price #UCT #Shackville," the post read.