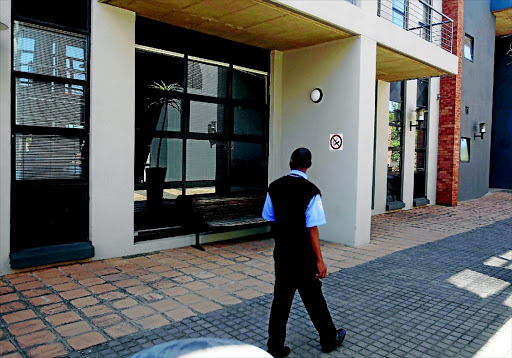 SOUR DEAL: The offices of Serage Properties in Centurion. The company is accused of conning customers Photo: VATHISWA RUSELO

Having a shelter is one of the most basic needs that consumers always prioritise.

While some people have found that this is key to their security and to also acquire wealth, others use the need for people to own their homes as an opportunity to fleece unsuspecting consumers who are desperate for shelter.

Thabiso Serage of Serage Properties in Mamelodi, northeast of Pretoria, has been accused by consumers of preying on people who are trying to buy homes.

His mode of operation is to advertise land, RDP and ordinary houses to prospective buyers but to later sell the same houses to other buyers. The victims who have spoken to Consumer Line alleged that Serage persuaded them to pay the full purchase amount of the houses and of disappearing with their money.

Serage allegedly told them the properties were in demand and sold on a first come, first served basis, said Mbazima Manyike who blew the lid on him last year.

After accepting payment from the first buyer Serage would proceed to sell the same property to another prospective buyer.

Three consumers approached Consumer Line to complain about Serage after they had the same experience. They all discovered this scam when they had to take occupation of their properties.

Manyike discovered this when his children who attend university in Pretoria were stranded when they were supposed to take occupation of the property he had bought them. Though he cancelled his contract and demanded his money back, Serage ignored him and kept his money for a year until Manyike approached Consumer Line for help.

Serage eventually refunded Manyike R170000 in dribs and drabs and without interest after Sowetan published his shenanigans.

Mokgadi Matsena of Mamelodi is the second victim who paid R150000 for a piece of land she wanted to buy from Serage on June 15 2014.

She alleged that after signing the offer to purchase, Serage told her she would occupy the land in July, but when she wanted to take occupation she was also told it was no longer available.

Matsena was also refunded her money last year after Consumer Line stepped in.

The mother of two said she used her pension fund money to buy a property Serage had advertised on his website in November last year.

"I was happy that I could afford to buy the property in full without [owing anyone]," Ndaba said.

After negotiating the sale she made the full payment within seven days before the property was even transferred into her name, Ndaba said.

She said when she tried to make follow-ups on her sale Serage was no longer available to answer her calls.

Ndaba later went to his offices to make further inquiries but to her shock Serage told her the property was sold to another buyer.

He promised to refund her money within 21 working days but this never happened.

"He ignored my calls and when he eventually answered [he] told me I was lucky to have his number and later dropped my call," Ndaba said.

Serage refunded her money last Tuesday without commenting on whether he was scamming consumers with his modus operandi.

Ndaba, who said the sour deal made her depressed and suicidal, said she had learnt valuable lessons from the experience.