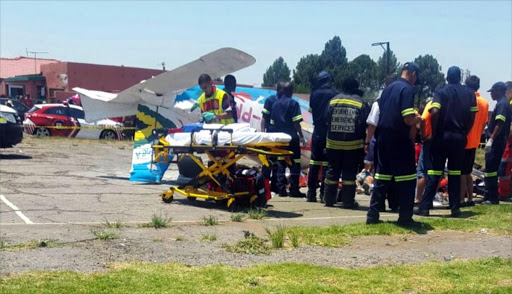 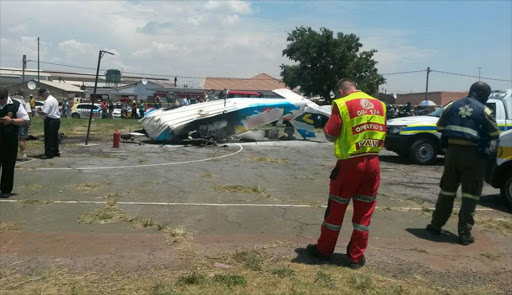 Three people were killed on Wednesday when a light aircraft crashed on the East Rand‚ the Crime Air Network Initiative said.

The crash was in the vicinity of Rakele Street‚ in the Watville area of Benoni‚ according to a tweet by REZA @crimeairnetwork.

Three people have been killed this morning after their light aircraft crashed in a park near Rasebetsi Road in Wattville in Benoni.

"ER24 paramedics, along with various services, arrived on the scene to find the burned wreckage of the aircraft lying on its roof.

On assessment, paramedics found the bodies of three people lying inside the aircraft. Unfortunately all three occupants had already succumbed to their fatal injuries.

The cause of the incident is not yet know but local authorities are on scene for further investigations."