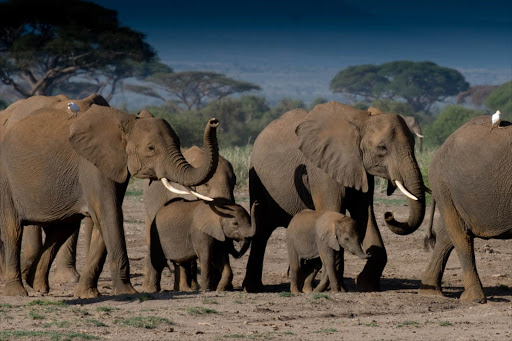 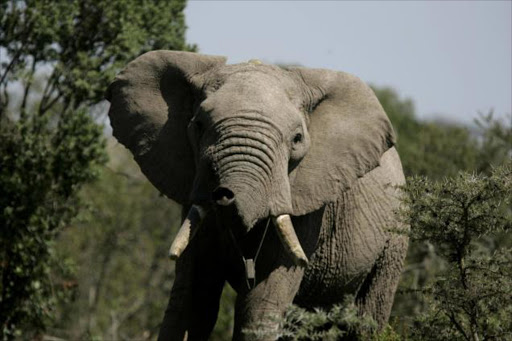 Scores of impoverished families fought one another for elephant meat after three of the animals were shot dead after escaping from the Kruger National Park.

One woman said she had walked 10 kilometres to reach the carcasses for food for her family, but the crowd waiting for elephant meat had already started growing even before the animals were shot last week.

Rangers had at first cornered the animals in the hope that they would return to the park.

“When I heard about the elephants, I walked 10km and crossed rivers to get to the elephant carcasses but when I got there, there were too many people with axes and knives and pangas. I could not even get to the meat,” said an emotional Linah Khoza, who cried after having to return home empty-handed.

She also suffered several cuts and bruises while trying to fight her way to the carcasses.

“It broke my heart to return home and see my children disappointed in me. I could not get any meat. There was nothing left. My husband died 10 years ago and I struggle to put food on the table for my family,” said Khoza.

The family survives on a social grant.

More than 200 people from Matsulu outside Mbombela rushed to the carcasses in a mad scramble to put meat on the table for their families.

Zodwa Mondlane was among those who managed to get elephant meat. The 63-year-old unemployed and single parent of five children said when she left her house there was nothing in her fridge except water. She said she made an effort to get as much meat as possible.

“When I heard that elephants were killed I prayed to God to give me the strength to get meat for my family. I had to fight with everyone. I also had a knife and a bag to put [the] meat into. I am really happy that we will have meat for the rest of the month and I know God will provide for us in the coming months,” said Mondlane.

She said it was the first time she'd had elephant meat.

On January 19, rangers from the Mpumalanga Tourism and Parks Agency (MTPA) were seen talking to the crowd, who were carrying pangas, grinders and knives.

The elephants had not yet been shot at this stage. The rangers warned the crowd about the danger of elephants and asked them to stay in one place until they had the situation under control.

Shortly after the gunshots were fired, the growing crowd rushed to the carcasses, everyone pushing and shouting at one another. The rangers took the heads of the elephants back to the park and left the bodies for the hungry crowd.

Spokesperson for the KNP, William Mabasa, said that animals often escaped from the park in search of greener pastures. “Animals often trespass and go onto nearby farms, destroying crops. It is very rare to hear that people have been killed by these roaming animals.

"Even when the farms were not there 100 years ago, the people knew how to behave and what to do when they saw these animals,” said Mabasa, who explained that when animals escape from the Kruger, they were no longer the park's responsibility.

Four elephants and three buffalo that escaped from the Park this month have been shot.

Spokesperson for the MTPA, Kholofelo Nkambule, said all efforts were made by rangers from the MTPA and the KNP to chase the elephants back into the park but the route was blocked by the crowd.

The decision was then taken to cull the elephants.

“At that stage there were quite a lot of people in the area expecting meat. When the Park’s aircraft arrived, we requested them to attempt to chase the elephant back into the park. They made numerous attempts to do that but the elephants' escape route was blocked by people, and the elephants then pushed off to the middle of one of the sugarcane fields on the farm," Nkambule said.

"The park’s aircraft had to leave and the decision was then taken to cull the elephants. The heads of the elephants were removed from the scene to extract the ivory, which by law accrues to the MTPA."