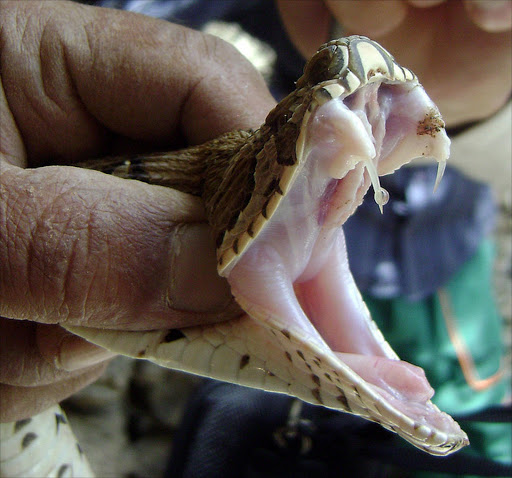 Research done by researchers from the Wits School of Animal‚ Plant and Environmental Sciences‚ partly done at the Monte Casino Bird Gardens in Johannesburg‚ has shown that puff adders not only camouflage themselves with their highly evolved visual camouflage‚ but they are also difficult to find by smell.

“Puff adders hunt by ambushing their prey‚ and can lie motionless for weeks at a single location waiting for prey to pass. This behaviour could make puff adders vulnerable to predation‚” says Professor Graham Alexander‚ who heads the Alexander Herp Laboratory at Wits.

During an intensive‚ three-year telemetry project that involved radio-tracking of 30 puff adders‚ three lines of evidence led Alexander to conclude that puff adders must also possess a form of chemical camouflage.

A team led by Wits post-graduate student Ashadee Kay Miller investigated this question by training a team of dogs‚ and meerkats – from the Monte Casino Bird Gardens – to scent-match and test if they could detect the scent of puff adders.

While the puff adder is the first terrestrial vertebrate species for which chemical crypsis has been demonstrated‚ the researchers believe that this phenomenon is likely to be common among many ambushing species‚ but because olfaction (smell) is not the primary sense used by humans‚ not much research has focused on this aspect of biology.