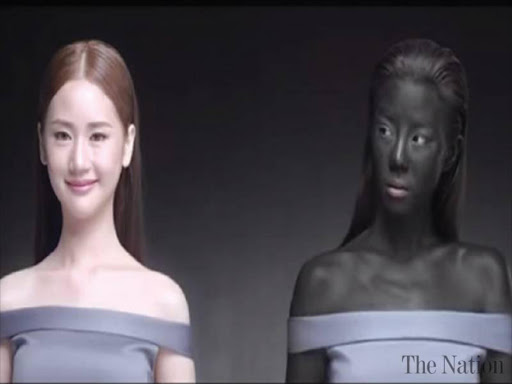 An advertisement for a skin-whitening product in Thailand has drawn criticism on social media and sparked debate over beauty ideals and advertising standards by claiming you "need to be white to win".

The advertisement, for a skin-whitening pill called "Snowz", made by Thai brand Seoul Secret, and posted on video website YouTube, features one actress whose skin gets darker next to a rival with light skin.

"You just need to be white to win," runs the tagline.

Some members of Thai-language forum Pantip.com were dismayed and angry.

"Suggesting people with dark skin are losers is definitely racist," said another user.

It is the latest in a series of advertisements deemed insensitive that have drawn criticism in Thailand.

"Thai craze for whiteness rears its ugly head again," a prominent social-media commentator who goes by the name of Kaewmala posted on Twitter.

The video was removed from YouTube later on Friday.

"We did not intend to create this issue," he said. "We would like to apologise and we will fix it."

"Our message is to take good care of yourself and continue to do so."