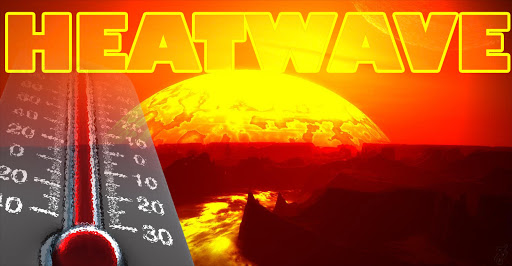 Gauteng is set for a record-breaking heatwave on Thursday with temperatures expected to surpass 40°C in some areas.

According to the South African Weather Service, people in Johannesburg should gear themselves for an energy-sapping 39 °C on the same day while Pretoria is set to be on the receiving end of an even hotter day with predicted temperatures at 41°C.

Should the weatherman be spot on, these temperatures will see the previous records of 39 °C (Pretoria) and 38 °C (Johannesburg) be broken. Both of these records were set in 2015.

Gauteng is not the only part of the country being gripped by temperatures from the high 30’s. The Western Cape has been experiencing temperatures of up to 38 °C, while the Northern Cape reached even higher temperatures, with Prieska hitting 43 °C on Tuesday.

South Africa had no less than three heatwaves in December of 2015.

The extreme heat in Gauteng is expected to be broken by a rainfall prediction of 60% on Friday, although temperatures are still expected to reach the high 30’s.