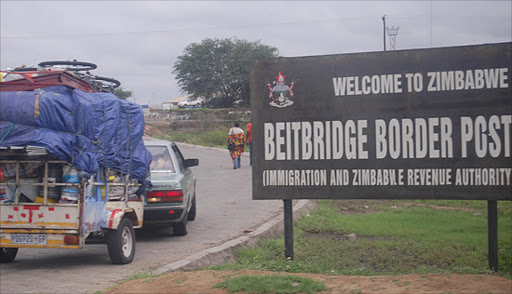 It’s “slow‚ tedious and time consuming”‚ but the South African Revenue Service (Sars) said it believes it has a 45% increase in travellers through a major border post this week under control.

“But this week‚ the figure has jumped to more than 31000 per day – thus an additional 14000 more travellers that have to go through clearance processes per day.”

While the country’s “ports of entry are often wrongly associated with congestion and bottlenecks‚ particularly during the festive season”‚ said Memela‚ “the process has been smooth and efficient”.

This‚ the tax collector said‚ was down to putting “plans‚ structures and systems into place to make things easier for travellers‚ especially the aged‚ pregnant women and children”.

That the collaborative effort of “all associated departments and agencies” seemed to be working bodes well for the “implementation of the single Border Management Agency (BMA) by December 2016”‚ said Memela.

The BMA is government’s integrated structure which will “assume control of both ports of entry and borderline functions”.

Home Affairs Minister Malusi Gigaba said in February this year that “key powers and functions from organisations such as Home Affairs‚ Sars ‚ SAPS‚ the SANDF and the Departments of Health‚ Agriculture‚ Forestry and Fisheries will need to be ceded to the BMA”.

Memela said that in “addition to the regular support provided at Beitbridge and Lebombo borders over the festive season‚ this year additional staff has also been deployed at the borders of Lesotho (Maseru Bridge‚ Ficksburg and Quachas Nek) and North West Province (Kopfontein and Ramabatlabama)”.