The cold truth about Zuma 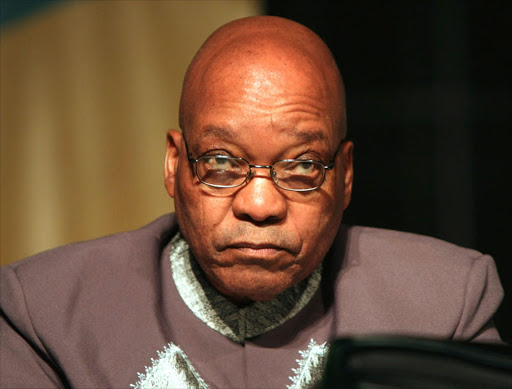 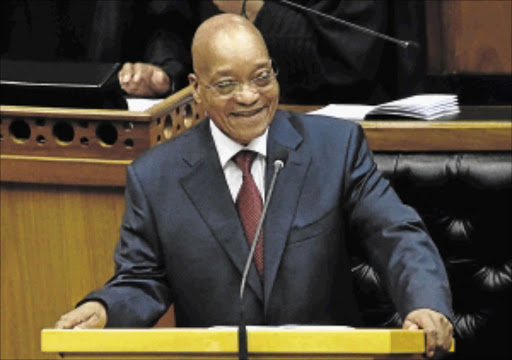 Jeremy Cronin, the deputy secretary-general of the South African Communist Party, has provided the most comprehensive and useful definition of Jacob Zuma.

In a discussion paper entitled, The people shall govern: the class struggle and the post-1994 State in South Africa, penned before Polokwane, Cronin was forthright.

“(Zuma is a) congress traditionalist, with a strong working class/peasant demeanour about him. In my view, Zuma does not (as some have argued), represent the Left within the ANC alliance,” the honest Cronin wrote in 2005.

“He concentrates, rather, in his own specific way, within his personality and politics all of the contradictions of the post-1996 class project – a presidential project that depends upon the ANC and alliance for electoral reproduction but which seeks to hollow-out the movement at the same time; the problematic and corrupt-prone relationship between the new political elite and emerging and established capital (business); the schizophrenic balancing act inherent in a project that presents itself simultaneously as ‘westernising/modernising’ on the one hand, and Africanist on the other; and related to the above, the over-burdening and excessive personalisation of the presidential political centre…”

Cronin’s frankness, at the time not tempered by the position he now holds as deputy minister of transport, provides an important framework to assess Zuma.

As president of the ANC and the country, Zuma needs a thorough public assessment.

In addition to it being comprehensive and honest, Cronin was also prophetic.

Let’s consider some aspects of it.

First, Cronin says Zuma does not represent the Left in the ANC. Since he took over, there is no evidence to suggest that he is leaning towards the Left.

Appointing the SACP secretary-general Blade Nzimande to his cabinet and Cronin to the position of deputy minister does not place Zuma on the Left.

In fact, in his recent state of the nation address, Zuma spoke at length about R400-billion infrastructure development to be driven by Transnet.

What alleged communists deliberately ignored in that speech was the fact that the planned infrastructure expenditure is based on Transnet’s “market demand model”. In other words, Transnet would not simply roll out infrastructure unless there is a demand from the “market”.

Obviously blinded by their positions and whatever else Karl Marx said had a tendency to have an effect on people’s consciousness, neither Nzimande nor Cronin challenged what in their terminology would have been the “2012 Class Project”!

It seems impossible that you could gouge the dominant and ruling party that sees itself as a leader of society but then leave that same society unscathed.

There is emerging consensus in society that Zuma is an anti-thesis of what the ANC should be representing. That we as society do not mind living with this cold truth and are likely to re-elect him to office is indicative of our levels of tolerance. In many respects Zuma is unable to lead by example.

Third, Zuma represents the problematic and corrupt-prone relationship between the new political elite and emerging and established capital.

True to Cronin’s prophecy, no sooner had Zuma ascended to the presidential throne than a string of business interests linked to his family spring up.

Zuma’s problematic relationship with Schabir Shaik – and the implications thereof – is still subject of judicial scrutiny. Members of society under his rule are crafting all manner of shields for themselves.

We now have organisations such as the Council for the Advancement of the South African Constitution and Corruption Watch, among others.

Fourth, Zuma represents “westernising/modernising” on the one hand, and Africanist on the other.

Zuma’s attack on the independence of the judiciary seeks to undermine South Africa’s modernisation project embodied in the South African Constitution.

Cronin might have been wrong in seeking to draw a distinction between the modernising and the Africanist aspect of Zuma.

Describing Zuma’s apparent “balancing act” as schizophrenic helps to mitigate Cronin’s weakness in this regard. But it does not entirely cure the defect in this artificial distinction.

One can certainly modernise and remain truly Africanist.

The problem with Zuma is that his Africanist agenda is not really progressive. If anything, it has distorted and vulgarised some of the cultural practices that many South Africans still hold dear.

Fifth, Zuma represents the over-burdening and excessive personalisation of the presidential political centre. Cronin could have been referring to the “100% Zulu boy” branded T-shirts that flourished when Zuma was facing all manner of charges.

But, long after the charges, the personalisation has continued. The charging and eventual expulsion of Julius Malema would not have happened had it not been for the ANC Youth League leader’s decision to question Zuma’s relationship with the Guptas, his leadership role (or lack thereof) on the continent (compared with his predecessor Thabo Mbeki), and Malema’s decision to campaign for change of leadership in Mangaung.

Zuma’s instinctive response – he exclaimed: “Who do you think you are, you think you are in charge of this country?” – after Malema and co had stormed a meeting of ANC officials, is indicative of the extent to which he has personalised issues.

If Mbeki was paranoiac, as he was described while in power, Zuma is ultra-paranoiac.