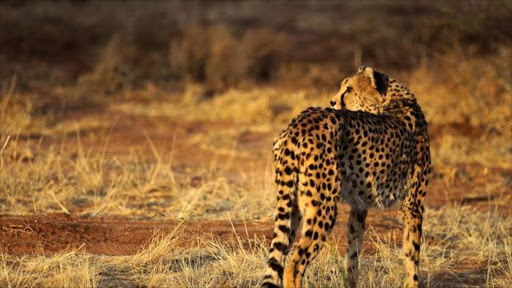 The South African Air Force (SAAF) said on Thursday that it is investigating how it can prevent future cheetah attacks on its personnel.

The air force said in a statement that a member from Air Force Base (AFB) Makhado “was injured by two male cheetahs” on Tuesday.

Its director corporate staff services‚ Brigadier-General Marthie Visser‚ explained that “live cheetahs are used as a sustainable means of controlling wildlife populations that pose a hazard to aviation safety in the aircraft manoeuvring areas at certain airbases of the SAAF”.

She said it had been “applied with success since the 1990s‚ first at AFB Hoedspruit” near the Kruger National Park‚ before being introduced at Makhado‚ the SAAF’s northernmost base near Louis Trichardt.

“Male cheetah coalition pairs are routinely replaced at either of these two airbases as donations from selected stock animals bred and raised at the Hoedspruit Endangered Species Centre (HESC)‚” Visser said.

“A close working relationship has developed between the air force and HESC over the past two decades‚” she added‚ saying the “valuable experience and knowledge accumulated…render the cheetah programme at both these airbases a notable success”.

She said AFB Makhado has already held an probe into this “unprecedented incident” and this “will attempt to explain injury to a service member on duty and inform targeted preventative actions for the future management of cheetahs in the air force’s aviation safety programme”.