Educate and save girls from abuse of forced marriage 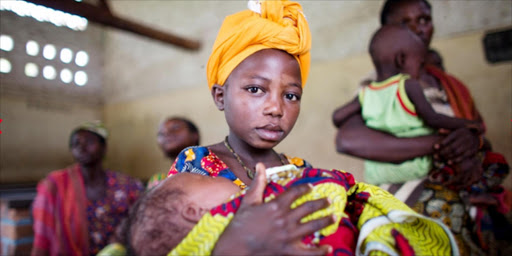 In December, the United Nations (UN) focuses on the plight of women and children and the abuse that they suffer.

The UN estimates that today over 40% of girls under the age of 15 get into involuntary marriages in Africa.

Last week, the African Union summit in Zambia highlighted the challenges faced by women and girls with a particular focus on child marriage. The marriage of girl children is informed by various social challenges and cultural and religious practices.

Many young girls are forced into marriage to escape poverty and this not only harms them psychologically but also physically.

Often these girls are married off to men way older than them. Their suffering in those forced marriages are incomprehensible.

It is inconceivable how a teenager can mother a child. Many die during pregnancy or birth. Many are also infected with HIV and die in their teens.

It is incumbent upon us all to not only speak against forced child marriages, but to ask the question: what can we do to eradicate this inhumane practice?

Governments must enact and uphold laws which will punish those who use young women as sex objects and slaves. This resolution must transcend above all other considerations such as culture or religion.

African governments must ensure that they fulfil their electoral promises and deliver services to all their people irrespective of gender. These must exercise the requisite political will to emancipate women from poverty, illiteracy and ignorance.

Educating women and girls should be made fashionable. African justice systems must also take note of the fact that women in general are vulnerable economically and socially, hence perpetrators must be punished to the fullest might of the law.

African governments must tackle the continuing use of women as weapons of war in conflicts.

Women are kidnapped and forced into all forms of abuse. Radical movements also use women and girls as suicide bombers, notably in Nigeria. This is an indication of religious and socioeconomic oppression and it must be defeated.

African governments and the UN should make the plight of women top of their agenda throughout the year and not only in December.

Women must be educated about their rights. An empowered woman is a free woman. Women need to be allowed to decide when to get married and when to start a family.

They must have the right to decide on pregnancy or termination. Education should be a tool which shall be used to empower women socially and economically.

Gone are the days when women will die in abusive relationships because they fear losing a bread winner. Women must be able to take proactive steps within parameters of the laws to liberate themselves from abuses.

Men must also be partners in fighting against women and children abuse on our continent.

For Africa to develop and realise all the ideals on its developmental agenda, all of us, men and women, should strive to defeat the demon of women and children abuse. l Siweya is the founder of Africa Unmasked and member of ANCYL's national executice committee member. She writes in her personal capacity