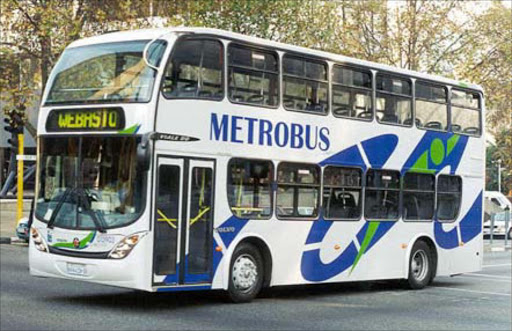 Pupils could travel for free on trains and pay half price in taxis when travelling to school if the Congress of SA Students' submission to the government is made into law.

Cosas also wants the government to include K53 into the curriculum so that when pupils leave school they already have their driver's licences.

Cosas made the submissions at a recent national road summit held by the Department of Transport.

The organisation's general secretary Khulekani Skosana said there was a large number of pupils who depended on trains to go to school. Many pupils were also the largest contributors to the taxi industry.

"Students are not employed and cannot be expected to ferry themselves to school. So we are asking taxi unions, through the ministry, to heed our call," said Skosana.

"This is a practice which you find in certain townships where the taxi price would be minimised because the user is wearing school uniform.

"We are saying tradition needs to be brought back because our parents already have to pay exorbitant fees for uniforms, textbooks and stationery and we think taxis should heed the call."

National Taxi Alliance (NTA) spokesman Theo Malele said the plea by Cosas should send a message to the government to start treating the taxi industry as a public transport mode used by most people and therefore should be taken seriously.

"As NTA we would engage with the proposal only if government would come to the party and subsidise the industry. In an ideal world students' transport should be subsidised. When we were growing up, students used to have student coupons and that should be re-introduced," said Malele.

Skosana said Cosas had already had talks with former Prasa CEO Lucky Montana about allowing pupils to ride trains for free when going to school.

He said when Montana left Prasa the matter was escalated to Minister Dipuo Peters, whose spokesman Tiyani Rikhotso did not respond to questions by Sowetan.

"There are already a lot of students that depend on trains to get to and from school, and if you lose your monthly ticket it's very costly. Because government is the one that is delaying the implementation of the scholar transport, then we should rely on state resources temporarily until a permanent solution is found," said Skosana.

He said the government would set a good example by allowing pupils to use trains for free when going to school.