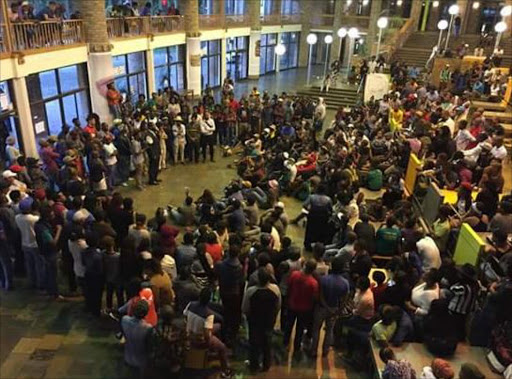 Strict bail conditions have been imposed on protesting University of the Western Cape students in the Bellville Magistrates Court.

Sixteen students were arrested in connection with the violence at campus.

- They have been forbidden from entering the campus and have to find alternative accommodation;

- If they have belongings there‚ they have to be escorted by police to collect it;

- They may not threaten‚ intimidate or interfere with staff or students.

About 150 protesters‚ some in balaclavas‚ had arrived on the UWC campus yesterday morning with bricks‚ knobkieries and sjamboks. Buildings were vandalised and several fires were started around the campus despite a heavy contingent of police and private security officers. The university said the police were armed with stun grenades‚ teargas and rubber bullets‚ and that the officers were shot at with live ammunition.

Members of the movement claimed the university council had “delegitimised“’ the UWC #FeesWillFall campaign and its demands. These demands include free education for all.