SA kids are poor even before they leave the womb 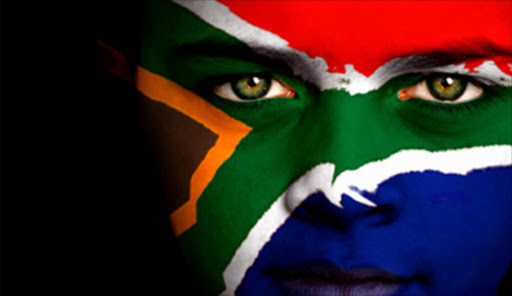 More than half of all young South Africans live in poverty, according to a new report released on Tuesday which is a stark reminder that not even the “born free” generation is free of poverty’s shackles.

For about half of all young South Africans today, the future is likely to be marked by low levels of poor education, high unemployment and restricted access to social grants, according to University of Cape Town’s  (UCT) 2015 Child Gauge report.

The report paints a disturbing picture of the many varied and deep ways poverty continues to prejudice young people’s access to the quality education and by extension jobs. It is a scenario that leaves many to replay cycles of poverty that have marked families for generations.

It all starts in the womb

And the spectre of poverty begins to haunt us even before we’ve left the womb, its fingers shaping the way we are formed, the families we are born into and the way we will relate to society.

“Development really stars in the womb and what happens in the womb… really does set a child up for success or failure in life,” said UCT psychologist Catherine Ward who co-authored a Child Gauge chapter on poverty’s affects on families.

“The children of women who do not get access to good nutrition are really being compromised in a number of ways,” she added. “They may have learning disabilities, they may have lower IQs, they may be more impulsive and more inclined to take all kinds of risks…”

According to Ward, poverty may not only prejudice a child’s intellectual development but also the early, close relationships that will help prepare them for the working world.

“People who live in poverty also experience an extraordinary amount of stress,” she added. “In many neighbourhoods, especially in South Africa, poverty is coupled with violence and so parents are often frightened for their children.”

For many parents, these fears are real.

According to the Institute for Security Studies, Cape Town has recently charted more murders than Johannesburg and Pretoria combined. Most Cape Town murders took place in just 10 of the metro’s 60 police precincts, including Nyanga, Mitchellsplain and Khayelitsha.

Ward adds that parents’ fears about their children’s survival may lead them to opt for more severe punishments like spanking or hitting when children break household rules. She stresses that this is not because parents are bad people but because they are desperate to keep children safe.

Ward’s current research is beginning to show that as a result of this fear, many children experience high levels of praise for achievements and severe punishment for mistakes – which can make for anxious children.

The way a child relates to mom, dad or gogo can also become a template for their relationships with partners and even bosses later in life.

“The reaction we have to our early caregivers really gives us a model for and ideas about how relationships are supposed to be,” she explained.

Is love is associated with violence?

According to Ward, research has shown that children who have good social and emotionally competencies are more likely to do better at school because they can have the relationship skills to resolve conflict, work together and also draw on resources like peers and teachers.

Ensuring good nutrition for pregnant women, access to early childhood development services and parenting programmes can help families to combat poverty’s affects, according to Ward. She also added that policies – both in the public and private sector – had to become more family-friendly.

“We have families in which fathers will leave the family to go in search of work. For instance, leaving the family behind in rural Eastern Cape and this places increased stress on the parent left behind,” said Ward who applauded recent agreements by the mining sector and government to cover old single-sex hostels into family housing.

“If hostels were built to accommodate whole families, we do away with what at the moment is an inevitable separation of families.” – Health-e News.